South African President Cyril Ramaphosa has cut short his attendance at the Commonwealth summit in London to deal with violent protests at home.

Police fired rubber bullets on Friday to break up crowds of protesters shortly before he was was due to arrive in the troubled North West province.

Clashes have taken place in the area where protesters are demanding jobs, housing and an end to corruption.

Shops have been looted, roads barricaded and vehicles set alight.

Mahikeng has been at the centre of the latest disturbances – dubbed "service delivery protests" – and streets were reported to be deserted on Thursday after bouts of looting and clashes with police.

Mr Ramaphosa has called for calm and ordered police to exercise restraint. 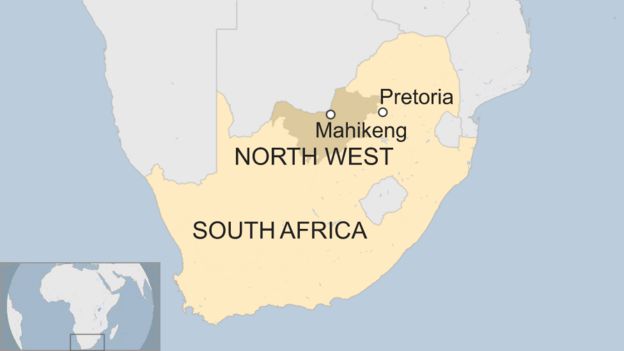 What is different about these protests?

These violent protests in the small town of Mahikeng are no more serious than we have had here in the past. But they are the worst since Mr Ramaphosa took office and he needs to be seen as hearing out people's grievances.

Some of the main problems in the North West province are a hang-up from former President Jacob Zuma's administration: a lack of service delivery, government contract irregularities and all problems in the province's public industries, including the near collapse of healthcare.

Mr Ramaphosa has a tough day ahead, meeting provincial ANC leaders in an attempt to restore calm.

Schools and some businesses have been closed for the day due to the unrest and residents are calling for provincial head Supra Mahumapelo's immediate removal.

His administration has been accused of corruption and the misuse of state funds – accusations he denies.

Some see the protests as a cry for help to the president – he has promised clean governance and many see Mr Mahumapelo as a compromised man. Nationally, the ANC has been plagued by divisions, factionalism and allegations of corruption.

Mr Ramaphosa, who has only been party president since December, is also hoping to use the meeting to bring unity within the ANC in the North West province ahead of elections next year. 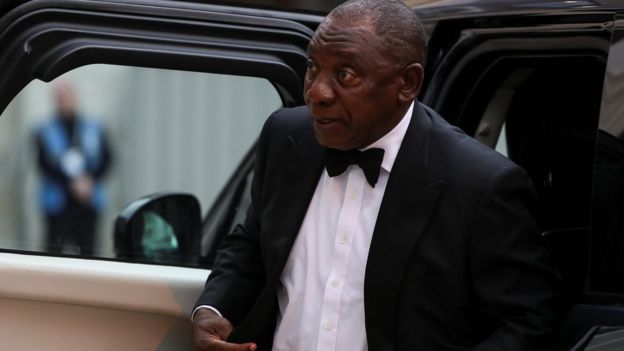 Mathole Motshekga, a member of the ANC's National Executive Committee, told the BBC's Newsday programme that the protests were a "rude awakening" for the party's leadership.

"They want President Ramaphosa to lead a clean government. He has inherited people they suspect of being corrupt," Mr Motshekga said.

He added that the ANC's leadership needs "to deal with the people that are reasonably suspected to be corrupt within the ranks of the organisation."

Mr Mahumapelo's office has denounced the protests as an attempt to discredit him.

"[It is] an anti-Supra Mahumapelo political campaign which seeks to intimidate residents of Mahikeng‚" spokesman Brian Setswambung said, according to Timeslive.

Neighbouring Botswana said it had closed exit points along its shared border with North West province.

What about the rest of the country?

South Africa's faltering economy has been a priority for Mr Ramaphosa since he took over from former President Jacob Zuma.

Growth had been weak and unemployment painfully high as Mr Zuma's leadership was dogged by years of corruption allegations.

In a recent interview with Bloomberg in London, Mr Ramaphosa said he was seeking $100bn (£71bn) in investment to help kick-start the economy.

He said his government was determined to tackle corruption.