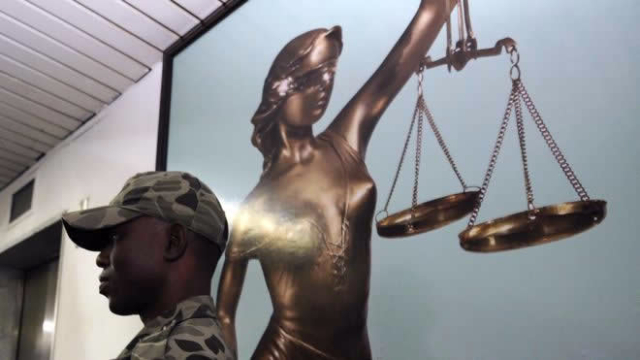 South Africa's decision to withdraw from the International Criminal Court (ICC) has been ruled "unconstitutional and invalid" by the High Court.

South Africa notified the UN of its intention to leave last October, accusing the ICC of undermining its sovereignty.

But the opposition Democratic Alliance (DA) argued that the government had to first seek parliamentary approval.

The court ordered the government to revoke its notice of withdrawal.

The decision to pull out came after a dispute over Sudanese President Omar al-Bashar's visit to the country in 2015.

Mr Bashir was attending an African Union summit in Johannesburg, when the government ignored an ICC request to arrest him.

The DA welcomed the judgement.

"The withdrawal by the South African government from the ICC was irrational and unconstitutional," DA lawmaker James Selfie told AFP.

"We would like South Africa to stay in the ICC because we believe that it is consistent with our constitution and with the legacy of Nelson Mandela."