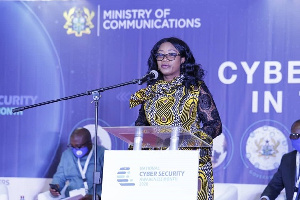 The Department of Children of the Ministry of Gender, Children and Social Protection is working with stakeholders on the Amendment of Child-Related Legislations to enhance child welfare and protection.

At a stakeholder meeting in Koforidua, participants deliberated on fine-tuning the proposed amendment of the Children’s Act, Juvenile Justice Act and the Criminal Offences Act, to bring finality to the legal review of the laws to be passed by Parliament.

Among the key issues deliberated on included the penalty, fines and punishment regimes for violating any of the child rights/abuse offences, including defilement, trafficking and assault to make such crimes very expensive and deterrent enough.

The Chief Director of the Ministry, Dr Afisah Zakaria, said the process to strengthening child protection systems began some years ago to create a robust legislation environment to ensure that the rights of children were clearly spelt out and those who violated those rights were punished accordingly.

She said the amendment of the laws would provide the framework for children with the needed protection against violence and called on participants to take into consideration the frequently reported cases of abuse of children’s right and the negative impact it had on society to inform the appropriate measures to be taken.

Child Protection Specialist with the United Nation’s Children Fund (UNICEF), Hilda Mensah, said advancing the proposed amendments of the Acts would go a long way to making the legal environment stronger for the safety and protection of children.

She said although much progress had been made to improve protection systems of children, it was estimated that 94 per cent of children, aged 1-14 years, continued to suffer various forms of violence in society.

She said the situation was worrying, especially in the era of COVID-19, where children were exposed to physical punishment in their households as a result of loss of income and heightened financial constraints.

The Director of the Department of Children, Florence Ayisi Quartey, said the current systems protecting the welfare of children were inadequate, hence the need to amend the laws to provide more robust structures for their holistic development.