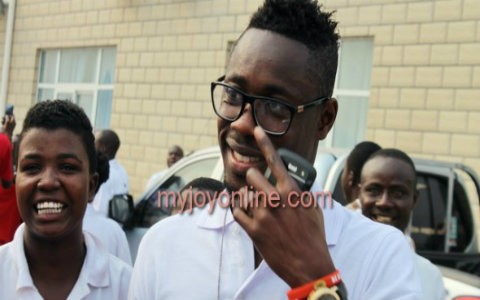 Ghana Striker Richmond Boakye Yiadom has set a 12-goal target on his debut season in the Spanish La Liga.

The on loan Juventus player at Elche has scored 2 goals in 4 appearances for the newly promoted side.

“I have set a target of scoring 12 goals in my first season of playing in a highly competitive league like the Spanish La Liga so I’m working towards achieving that target,” he told Joy sports

“I was so happy to have scored against Real Madrid in our 2-1 defeat, the response from my colleagues and the fans at the stadium was great.

“It has not been easy playing in the La Liga but I believe I can hit the mark.”
Boakye raked in 11 goals last season on loan at Italian side Sassuolo which helped them to qualify to the Serie A.