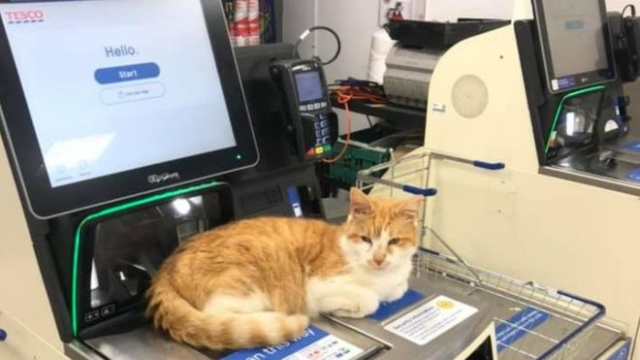 A cat “banned” from entering his favourite supermarket is up to his old tricks and has been seen lounging on the self-service checkouts.

Ginger tom Pumpkin became an “unexpected item in the bagging area” of a Tesco branch near Norwich when he was spotted on the scanner on Sunday.

Almost 2,000 people follow the adventures of the mischievous moggy, who usually abides by the ban and stays outside the front door.

Tesco said it would encourage him out.

The six-year-old cat had been a regular in the Thorpe Marriott branch for well over a year before the shop took action last November, saying “although we love the little ginger cat who visits… a food store isn’t the best place for a cat to be, so our colleagues gently encourage him to go out when he tries to come in”.

A spokesman said it was not really possible for a store to ban a cat and admitted Pumpkin would probably continue his visits. 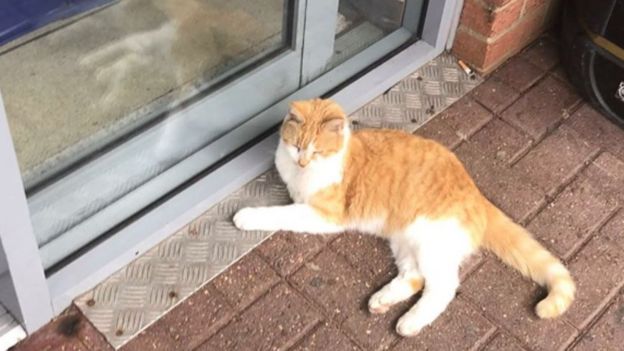 Although he is not really welcome inside, Pumpkin is seen most days loitering outside the sliding doors of the shop, which is close to where he lives.

Many of his Facebook fans make the trip specifically in the hope of bumping into him.

However, on Sunday night Pumpkin the puss was back in his favourite place, relaxing on the self-serve scanner.

A shopper who spotted him posted a photograph which now has dozens of comments, including many people celebrating the disobedient cat as a “rebel”.

She tells him to “come home for your tea” and he will trot after her.

However, his favorite place to hang out is still the shop and she does not think he will change his behaviour.

Reacting to the latest photograph of him, she said: “Pumpkin is taking no notice of his ban.” 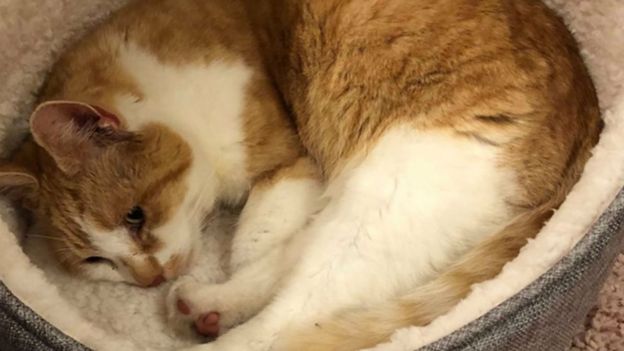 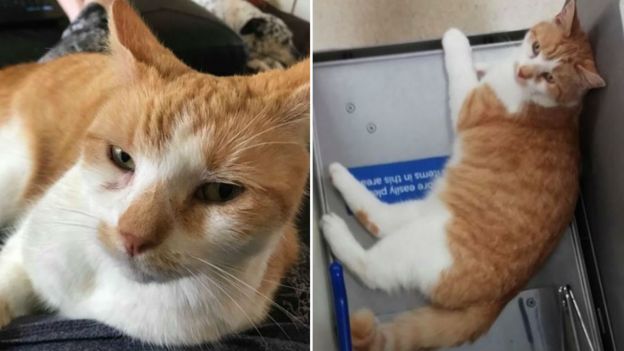 DISCLAIMER: The Views, Comments, Opinions, Contributions and Statements made by Readers and Contributors on this platform do not necessarily represent the views or policy of Multimedia Group Limited.
Tags:
Cat
Supermarket
Tesco