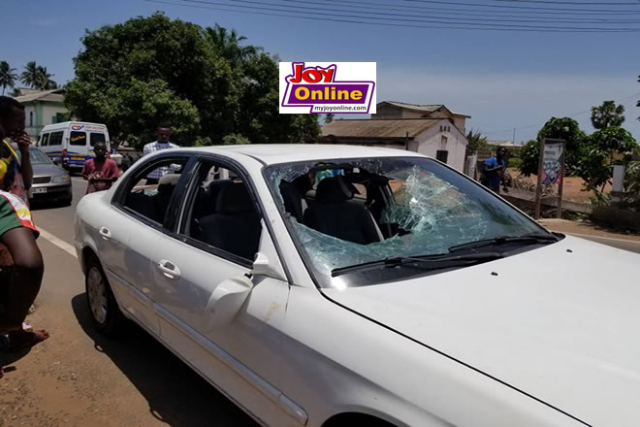 Three preschoolers from the same family who left home for church Sunday unaccompanied by their parents were found dead Monday.

The deceased children have been identified as Maame Akua, 6-years; Fii, 5-years and Nana Yaw, 3-years.

Maame Akua is the daughter of one Abena Panyin while Fii and Nana Yaw are the sons of one Mena Bedu Ye. Both mothers are sisters.

The incident happened at Taterim, in Elmina in the Central Region.

Their bodies were found in a white Kia Optima saloon car registered CR 234-13 belonging to Shiny Amissah Dadziebo, the Proprietress of Holy Wood Preparatory School located adjacent to the D/CJSS where the deceased children had left for the church service.

The distance from their home to the church is estimated at 400 metres.

The Proprietress said she found the bodies of the deceased children in her car which was parked within the walled compound of her school, when she attempted to open it to send one of her sick pupils to the hospital.

The windows and windscreen had to be shattered to quickly bring out the children but it was too late.

The bodies have been deposited at the Cape Coast Teaching Hospital mortuary for autopsy while the police have initiated an inquiry into the case.

Police say they did not see any mark of assault on the bodies of the deceased, an account some residents dispute.

Some persons who spoke to correspondent Richard Kwadwo Nyarko claim they found some parts of their bodies, including their tongues removed.

The grandmother of one of the deceased who reportedly collapsed upon seeing the unpleasant video of the lifeless bodies want the police to get justice for the innocent children.

After her revival from the state of unconsciousness, the elderly woman says she will call on the gods to bring the perpetrators to book.