Is the full stop rude when used on WhatsApp?

How would you feel if you texted a friend to invite them round for dinner and this reply popped up on your phone?

Concerned? Offended? Or would you not give it a second thought?

What about if they replied:

Internet linguist Gretchen McCulloch says more and more people now see ending messages with a full stop as rude because of the way we text and use instant messaging apps like WhatsApp and Facebook Messenger.

"If you're a young person and you're sending a message to someone, the default way to break up your thoughts is to send each thought as a new message," she says.

"Because the minimum thing necessary to send is the message itself, anything additional you include can take on an additional interpretation."

A 2015 study by Binghamton University involving 126 undergraduates found they perceived text messages ending in a full stop as being less sincere than the same message without a full stop.

In speech, the full stop is generally accompanied by lowering the voice to indicate the end of a sentence and carries connotations of formality or seriousness, Ms McCulloch explains.

"This can be fine if your message is already serious," she says.

"The problem comes when you have a positive message with the seriousness of the full stop. It's the juxtaposition of those things which creates that sense of passive aggression." 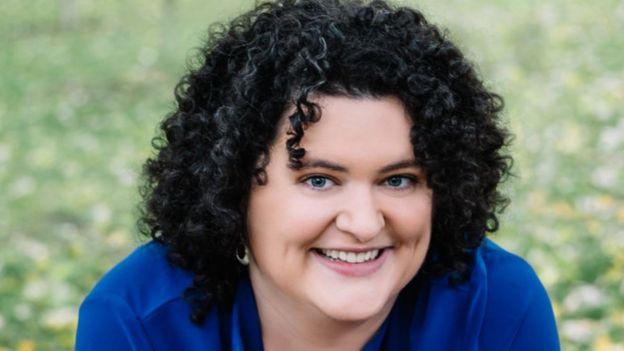 So how can we tell if someone is actually annoyed or just using a full stop in the traditional sense?

Erika Darics, a lecturer in linguistics at Aston University in Birmingham, says it is all down to context.

"If you and your friends don't normally use full stops in a WhatsApp group and then somebody does, they are probably trying to tell you something about how they feel," says Ms Darics.

She says someone's age and how often they use messaging apps can also affect how they use punctuation.

For example, younger people are more likely to send single-sentence messages without a full stop.

Often these differences are more significant than differences in nationality, Ms McCulloch - who is Canadian - argues. Using a full stop in messages seems to have similar connotations in both North America and the UK, she adds.

However, there can be some cultural differences between countries - Americans and Canadians don't use "x" to denote a kiss at the end of a message, while Brits do, she says.

Use of informal grammar and text slang in messaging can lead to accusations of dumbing down and making people lazy.

But Ms McCulloch points out that using slang or incorrect spellings actually takes more effort in an age of autocorrect and predictive text. 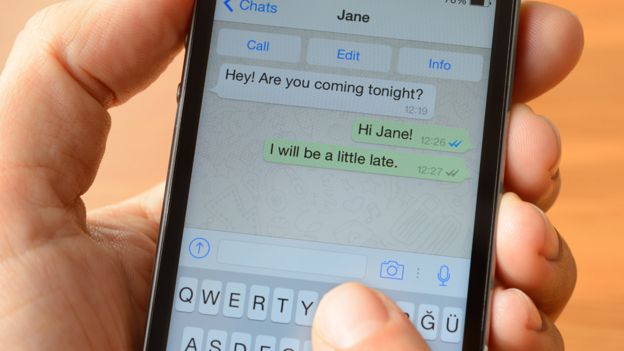 Online messaging also forces people to develop new ways of conveying emotion and meaning without the use of body language or tone of voice.

"Going back to the 1500s there have been proposals for an irony punctuation mark but none of those caught on," says Ms McCulloch.

"But within a few short decades of being online we've come up with so many ways of conveying irony and other meaning."

For example, the acronym "lol" (laugh out loud) can be used sarcastically, as can the upside-down face emoji.

"Things like emojis raise awareness of language and can help us understand subtleties in other types of communication, like politics or propaganda," says Ms Darics.