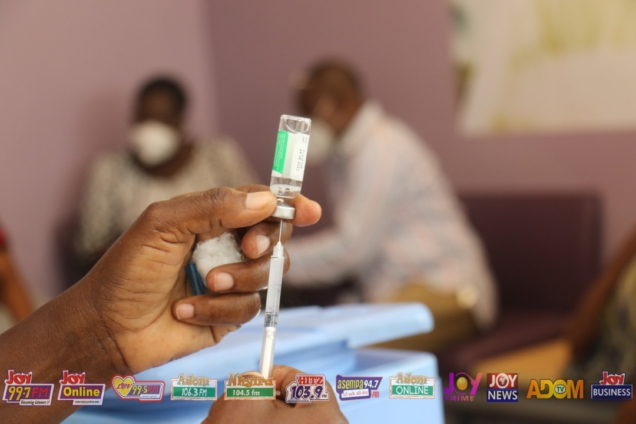 The founder and leader of El-Shaddai Love International Ministry in Walewale has preached against any idea of mandatory Covid-19 vaccination in the country.

Jonathan Baniyire Sambayom described coronavirus as a normal disease just like measles and polio, for which reason people should be allowed to decide whether or not to take vaccination against it.

Speaking at an annual convention in Walewale, he said any attempt to implement force vaccination against Covid-19 will be unsuccessful because the church in the country will not support such a move.

“Covid-19 had a very controversial position around the world,” he said.

This year’s annual event was organised at the church’s central Cathedral in Walewale. It was held under the theme, “My Year of Supernatural Turnaround.”

The Christmas convention brought together hundreds of congregants.

The founder of the Church, Rev. Jonathan Baniyire, who was also the main speaker at the event, spoke about several recent challenges facing the country, including the fight against activities of LGBTQ and the threat of terrorism.

“I understand upon the word of God to totally and vehemently oppose, reject and to say no to this devilish and evil practice that is being introduced to nations”, Rev. Baniyire said.

“According to him, “It is already in Ghana, but we are saying it should never be legalised to practise in this nation. On the contrary, it should be criminalised, and nobody in this ministry stands for it, and we all say no to LGBTQI”.

On national security, the pastor urged Ghanaians to be constant in prayers as the threat terrorism of is looming over the country.

“Terrorism today is sweeping through many nations, and we are not left behind”, the pastor declared.

“The threat of terrorism is looming over Ghana from Burkina Faso, Togo, Nigeria, and Cote D’Ivoire. We have heard so many attacks by these terrorists. It is our prayer that the good Lord will raise a standard against all their schemes and designs against this nation”.

The pastor, however, advised the congregants to be vigilant and offer their fullest support and collaboration to the security agencies to counter the threats.