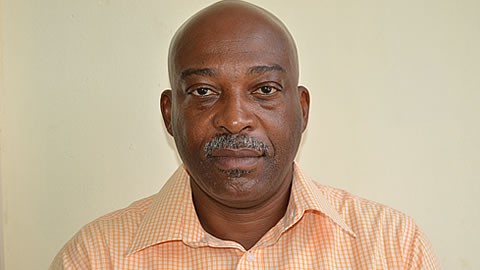 Picking up the threads from last week’s Critical Thinker (1), in the forefront was an attempt to stimulate in the minds of readers, the bases for and application of critical thinking.

The two actors that I continue to isolate in this subject are teachers and students primarily because they are the nations’ human capital. As students progress into their vocations, informal assessments we make as tax payers who contributed to their schooling find expression in questions like: “which school did they go to?” and “how were they taught?” From whatever standpoint these questions are posed, be they caustic or approving the joint competence of the student and the teacher is brought into focus.

Synthesizing some of the reviews I received following last week’s publication, Yaw Boohene, a local businessman who is passionate about robust Teacher Training, sent mail that if teachers “get it right” the qualities of the critical thinker will permeate our system.

Tony Wagner’s model of the global achievement gap, akin to what Mr. Boohene’s view of teacher competence in Ghana is, has as part of its thesis which states that; the learner outcomes we expect to address the practical problems the century poses are grossly inadequate.

Indeed the skills for active and informed citizenship, life-long learning and a successful career will continue to be elusive if the perceived issues in global education are not tackled sensitively.

And I believe that at the crux of this demand is the adoption of sustainable attitudes, formulation of models which lead to multi-faceted solutions and perhaps creativity, not only required to ensure individual flavor, but to direct the mind to function laterally.

Critical Thinkers have little space to jog their minds in a millennium marked by automated routines; ready-made computer solutions and a cut-and-paste culture that discourages inquiry. Furthermore, Mr. Wagner’s questions about the value of the American multiple-answer test system and teachers preparing their students to pass examinations, rather than coaching them for life; fuel the dialogue about the identities of critical thinkers and the ways in which we can forge them.

Typical African culture does not encourage questioning and this trait is partly responsible for the passive academic engagement on the continent. In our High Schools, teacher-led sessions are preferred over student-driven classes. The printed word is gospel truth just as teacher-handouts are holy script. In African Universities challenging the basis for a theory is equal to being a rebel and in Polytechnics, following the beaten path allows instructors to retail old notes and the space to pursue other activities.

At the global level, millions of youth around the world hooked to the internet have lost the learning opportunity it offers them and turned it into utility vehicles – sending videos and photographs; junk mailing and learning the ropes to hack into systems. The other millions in the cyber community who use it as described, and in addition appropriate it as a tool to complement their learning and professional development are those who bring to light, the qualities of the Critical Thinker.

As simple as it may sound, the ability to read text and identify relevant details to process cannot be taken for granted. It calls for techniques such as scanning for info, owning a sizeable vocabulary to understand usage and even discerning how mechanical elements like commas and semi colons work to signal tone or attitude.

Again weighing evidence, placing objects or case studies side by side for analyses, the patience to observe phenomena in order to make laws; and designing criteria to assess pieces of work are all the expression of active minds strategizing and working to affect and redefine their world.

Noted for “his ability to see both sides of the argument” and agreeing with neither, Oscar Wilde, the English playwright, together with the qualities cited are the prototypes that we seek in our critical search.

King Solomon must have played a key role in teaching the Israelites how to think out of the box when he established the true mother of the disputed baby by asking for a sword to divide it. His display of wisdom is today’s equivalent of a deceptively simple solution to a conflict that could spark local conflict. Jesus Christ shaped Jewish laws first by showing a confident familiarity of them and then giving them a new slant.

The interpretation he puts on fasting and alms-giving defeated the popular practice at the time which was aimed to show off; rather He advocates for a quiet and discrete approach which touches the heart of God. And in raising the bar on the issue of morality, He singles out adultery where the very thought processes we entertain of the opposite sex, can be as condemning as a hands on experience.

Shutting up gurus like the Scribes and Pharisees, could only have rested on logical and radical thinking born of a higher order and eloquent presentation. Our much-sought Thinker should take a leaf right here by separating the spirit from the letter and divorcing the content from the form and dare to be different.

Coming back from where I started, I invite my fellow teachers and learners to take a cue from these kings and risk a new construct. This simply means challenging some conventional wisdom or tweaking a widely-held view. For those of you who dabble in literary criticism maybe switching a time-honored social interpretation of a passage for a political may open up fresh insights. In the case of politicos, conceding a partisan position for a national one would be interesting to follow. Chances are that your audience will listen actively and surely be invited to think along critically if they be worth their salt in the ensuing conversation.