The incompetence of this EC is legendary – Mahama 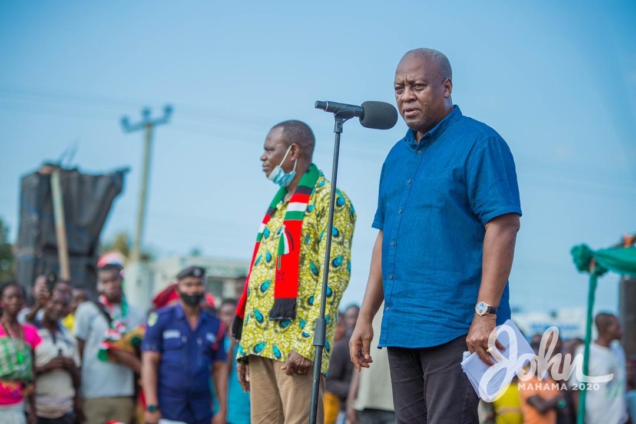 The flagbearer of the opposition National Democratic Congress (NDC) has taken a jibe at the Jean Mensa-led Electoral Commission (EC) describing the institution as “incompetent.”

John Mahama in his address at the Bono Region on Monday said the Commission has allowed itself to become a tool for government to implement its diabolic agenda.

This he said is causing a lot of anarchy and disorder in the country.

“It has the potential to create crisis in our country. Today we don’t know if we are going to have a credible register, because we are not confident in the process that is going on. There is too much anarchy and disorder,” he said.

Meanwhile, the former President has suspended his four-day tour of the Bono Region to return to Accra and deal with some inconsistencies in the voter’s register.

According to him, there are too many anomalies detected in the ongoing exhibition exercise, hence, the need for him to address the issue.

John Mahama also called on International Election Observers to take an interest in what is happening in Ghana and supervise the electoral process into the election.

However, he apologised to the constituency and assured his return after the issue is addressed.

He stated that the party is yet to make a major statement on the matter in due course.

DISCLAIMER: The Views, Comments, Opinions, Contributions and Statements made by Readers and Contributors on this platform do not necessarily represent the views or policy of Multimedia Group Limited.
Tags:
2020 Elections
Electoral Commission
John Mahama