There is a roadmap to winning at Lynx Entertainment – KiDi reveals after bagging five awards at VGMA23 - MyJoyOnline.com 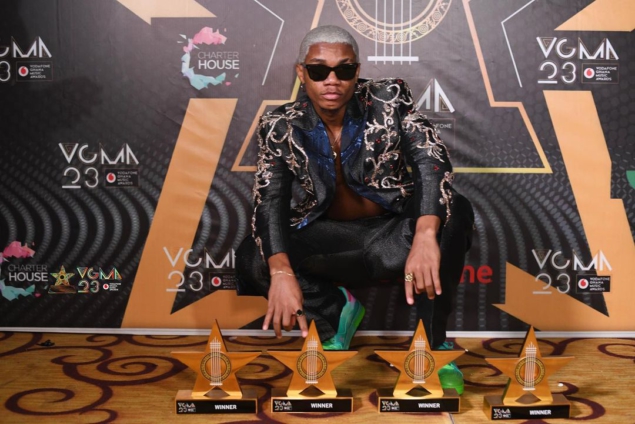 Reigning VGMA Artiste of the Year, KiDi, has revealed that there is a roadmap to winning at Lynx Entertainment.

According to him, Lynx Entertainment outlines strategies that guide the artists under the label in achieving milestones in their profession—and these plans are reviewed and redrawn annually.

In an interview with Andy Dosty on Daybreak Hitz, KiDi said: “There is a roadmap to winning at Lynx Entertainment, not for the awards [per se], but as artists under the label in general.”

The “Touch It” hitmaker added that “when we start the year, we start with the focus of doing better than the previous year,” he disclosed via Hitz FM on Monday.

Before this, there was a perception that artists signed onto Lynx Entertainment are favoured when it comes to awards—especially VGMA, due to the owner of the label, Richie Mensah’s “affiliation” with the Board of the scheme.

In an exclusive interview with Doreen Avio, on June 26, 2021, this assertion was eventually refuted by Richie Mensah, saying, “I was only made a board member once, in my life—and that was in 2014”.

KiDi subsequently expressed his displeasure about his successes in the music scene being linked with Richie Mensah’s “presence” on the board.

The “Mon Bebe” singer said that “[People who do that] are trying to say that all the hard work does not count because Richie is on the board, but sometimes I don’t even know who is on the board,” he revealed via Joy FM on Monday.