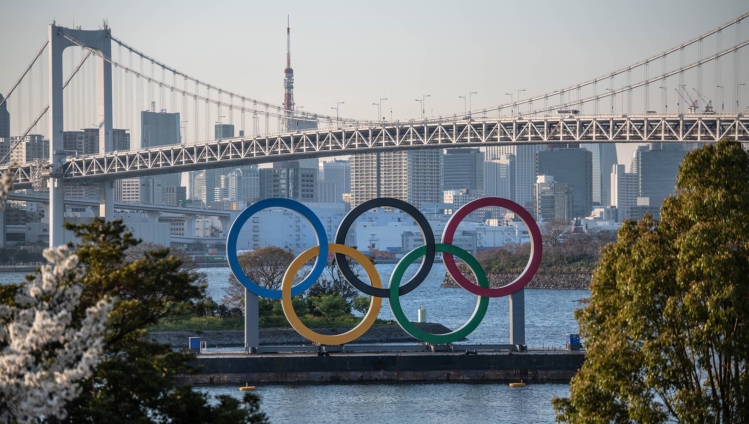 A member of Uganda’s Olympic squad has become the first to test positive for Covid-19 on arrival in Japan for the competition due to start on 23 July.

The event was postponed last year, but is now going ahead despite a fresh wave of Covid-19 cases in Japan.

Uganda is also experiencing a surge in cases, which forced the government to tighten lockdown measures on Friday.

The unnamed Ugandan was part of a nine-member squad who had all been fully vaccinated, reports said.

The group – who included boxers, coaches, and officials – had also tested negative before leaving Uganda.

However, one of them tested positive on arrival at Tokyo’s Narita airport on Saturday, and was quarantined at a government-designated facility, Japanese officials were quoted by local media as saying.

The rest of the squad left by chartered bus for Osaka, in western Japan, where they are to train ahead of the Games.

The Ugandans were the second group of foreign athletes to arrive for training ahead of the competition. The Australian women’s softball squad arrived on 1 June.

Foreign spectators have been banned from the Olympics. A decision is expected to be taken on Monday on whether to allow domestic spectators.

Having no spectators at the Games is the “least risky” option, Japanese medical experts have said.

But other Japanese officials have indicated they want domestic fans to attend if possible.

Tokyo reported 376 cases of Covid and one death on 20 June, 72 more than a week ago, the privately owned The Asahi Shimbun newspaper reported.

Only about 16% of Japan’s population has received a Covid-19 vaccination dose so far, according to Reuters news agency.

Officials and volunteers working on the Games started receiving vaccinations on Friday.

In Uganda, President Yoweri Museveni announced a ban on road travel, except for vehicles carrying tourists, and workers in emergency and other essential services.

He also closed schools, universities and places of worship for 42 days.

The restrictions were necessary because of a “more aggressive and sustained growth” of the virus, Mr Museveni said.

Over the last three weeks, the daily number of people testing positive had risen from less than 100 to more than 1,700, he said.

“We are experiencing very high hospitalisation rates and deaths for Covid-19 patients among all age categories,” the president added.

DISCLAIMER: The Views, Comments, Opinions, Contributions and Statements made by Readers and Contributors on this platform do not necessarily represent the views or policy of Multimedia Group Limited.
Tags:
Olympic games
Tokyo 2020 Olympic Games
Tokyo Olympics