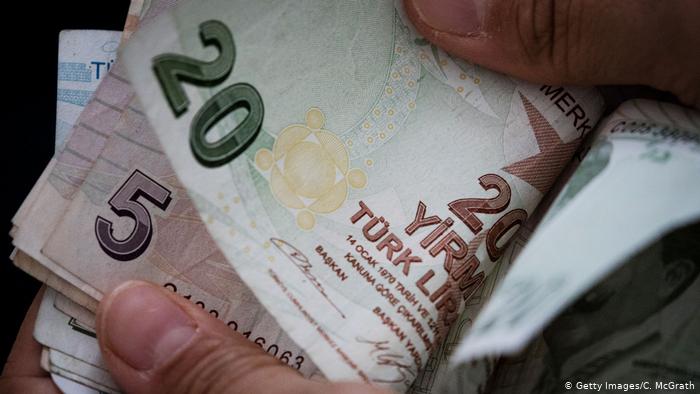 Turkish President Recep Tayyip Erdogan has fired the governor of the country’s central bank. The move comes after Turkey’s currency, the lira, fell to a record low.

The decision was made by presidential decree and announced in the country’s Official Gazette, with no immediate reason given for the sacking. Uysal’s replacement after just 16 months in the job was named as former finance minister Naci Agbal.

Uysal took on the role after a dispute between Erdogan and the previous governor, Murat Cetinkaya, over cutting interest rates.

In the past few months, the lira has hit repeated historic lows against international currencies and by late Friday stood at 8.52 to buy one US dollar.

The lira has lost almost 30% of its value against the dollar this year, with markets worried about a persistently high inflation rate that remains in double digits. Investors were also spooked by a sharp drop in the country’s foreign currency reserves.

Markets had been banking on a fresh hike in the main interest rate to strengthen the lira. However, they were disappointed when it was left unchanged.

The bank had surprised investors in September when it raised the rate from 8.25% to 10.25%.

However, at the last meeting of its monetary policy committee on October 22, the central bank defied expectations of another big interest rate hike. It also held its policy rate steady at 10.25%, causing the lira to plummet.

The lira’s slide has made it the worst performer in emerging markets.

Another decision on interest rates by the central bank’s monetary policy committee is set to be made on November 19.