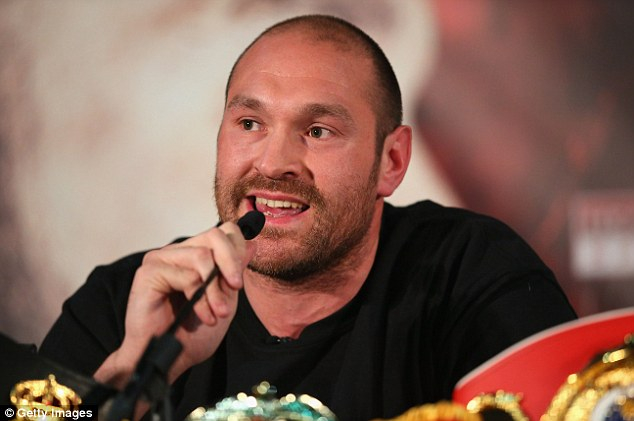 Tyson Fury eased to victory in his comeback fight as Sefer Seferi retired after four rounds at the Manchester Arena on Saturday night.

Former world heavyweight champion Fury was fighting for the first time since he upset Wladimir Klitschko in November 2015.

Fury has vowed to reclaim the world title and took his first step on that road against the over-matched Seferi, a former cruiserweight, who was withdrawn by his corner after taking some punishment in the fourth round.

Fury towered over his far smaller opponent and, having kissed the Albanian just before the bell sounded, Fury spent much of the first round clowning around.

He continued to grin and gesticulate in round two, earning a telling-off from referee Phil Edwards at one point, and the surreal nature of proceedings was enhanced when the fighters appeared to be distracted by a disturbance in the crowd.

However, Fury began to knuckle down in rounds three and four, landing right hands seemingly at will, although Seferi appeared to be taking the blows well.

And it was therefore a surprise when Seferi and his camp decided he had taken enough punishment before the start of round five.

It was an unusual conclusion to an unusual fight but Fury is back on the heavyweight scene and apparently ready for more testing opposition in the coming months.

"I felt fantastic, it was like having my debut again," Fury told BT Sport after the fight.

"I've had a long time out the ring and I needed some rounds, so I was taking my time.

"The calibre of opponents will keep on rising. I will be better next time.

"I'm going to have a world title by the end of the year – that's a promise.

"I wanted to stand and have a fight with him, but it (the retirement) happened, and it wasn't my fault that they pulled him out."

And Fury's next test could be at Windsor Park, Belfast on August 18.