U Roy, hailed as the true king of dancehall, dies at 78 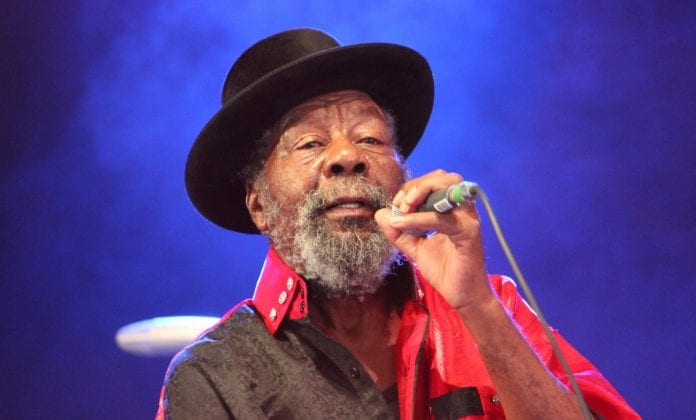 Legendary pioneer of the dancehall, U Roy is dead.

The veteran toaster reportedly died in his native Jamaica on Wednesday night after ailing for some time. He was 78.

Tributes flowed freely on social media Wednesday night as musicians expressed sorrow at the death of a pioneering godfather of Jamaican music.

Dancehall superstar Shaggy posted: “Today we lost one of our heros !! A true legend in this game of dance hall/ Reggae if your (sic) a fan of sound system, then your a fan of Stur Gav sound.”

“With such greats as Colonel Josey Whales (sic) and Charlie Chaplin, pioneers in this game…with a catalogue of amazing recordings U Roy was a master at his craft. Rest Well daddy Roy!! R.I.P. walk good.”

A post shared by Shaggy Aka Mr Boombastic O.D (@direalshaggy)

David Rodigan posted on Twitter: “RIP Daddy U Roy the iconic toaster who changed the paradigm of Jamaican music when he voiced the ‘Version Galore’ album …I was always in awe of him; the tone of voice, the cadence, the lyrical shimmering and riddim riding made him ‘the soul adventurer’.”

RIP Daddy U Roy the iconic toaster who changed the paradigm of Jamaican music when he voiced the ‘Version Galore’ album …I was always in awe of him; the tone of voice, the cadence, the lyrical shimmering and riddim riding made him ‘the soul adventurer’ 🎙 pic.twitter.com/t9n4SNkEzr

U Roy, born Ewart Beckford in Kingston, is credited with popularising the art of toasting on reggae rhythms in the early days of dancehall when the sound system ruled the roost.

He burst onto the scene during the heyday of Clement ‘Sir Coxsone’ Dodd’s Studio One sound system and record label at a period when reggae music and its now hugely popular offspring dancehall was frowned upon by the wider society and was seen as the music of the uneducated and uncultured.

His ‘Wake The Town’ and ‘Wear You To The Ball’ featuring John Holt, were huge hits and he followed up with several other chart busters including ‘Creation Rebel’, ‘Chalice In The Palace’ and ‘Dread inna Babylon’.

Beckford’s international popularity led to the album ‘Natty Rebel’ being released in 1976 on Virgins’ imprint Front Line label in Nigeria as well as in France on Virgin and Polydor.

U Roy is also credited for opening the door to allow rap and dancehall artistes to realize huge profits from an idiom he, along with Count Machukie and King Stitt, created and perfected.

He was also the owner of the Stur Gav sound system which honed the careers of veteran deejays Charlie Chaplin, Josey Wales and Super Cat among others.

In 1980, the pop group Blondie had a world-wide hit with the reggae track “The Tide Is High” which prompted Virgin to re-release the original Paragons’ track from 1967 and the 1971 U Roy version as a single that same year.

U Roy’s most recent album is ‘Pray Fi Di People’ which was released in 2012.