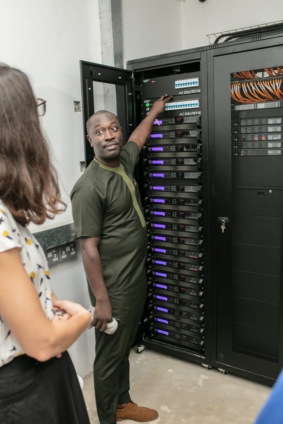 The big audio-visual installation located at Tse Ado in Accra is being put together by a group of British contractors led by Mr Awuah.

After she exclusively toured the building last week, Ms Thompson was impressed with the state-of-the-art facility spearheaded by Dr Mensah Otabil, founder of the Church.

Dr Otabil, who was at the premises at the time, revealed how other events such as musical shows and a music academy for kids will be held to ensure the growth of the facility.

He was also happy about the collaboration between Ghana and the United Kingdom.

The British High Commissioner recognised the great music connections between both countries and said she hoped to see the facility when it becomes operational.

Mr Awuah and his team are hoping to finish the project by June to enable worshippers to use the facility.