Video: Do politics if you want Ghana to move forward – A Plus

People easily refrain from politics in Ghana for various reasons.

Some say it’s dirty, others claim it breeds violence and disrespect.

But musician and political activist, A Plus, says every Ghanaian must engage in politics.

He explained that it is only through participating in politics that politicians will be forced to do their work.

A Plus said, “I think every one must be part of politics. It is a golden opportunity to be able to change the country,” he said in an interview with host, KMJ on Joy Prime TV. 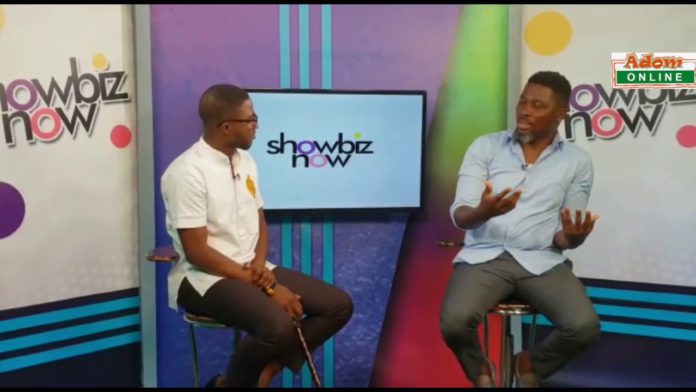 A Plus and KMJ

A Plus is championing a cause dubbed the ‘Peoples’ Project’, an initiative set up to combat corruption and to keep leaders of the country on their toes.

Some people have lambasted him for wanting to indirectly use the initiative as a stepping stone to form a political party.

Reacting to this during the interview, he debunked those assertions, insisting that he does not involve himself in politics for political power, but only to improve the standard of living of Ghanaians.

“They say I lost a New Patriotic Party contract that’s why I am like this but this is how I have been…I don’t want to be a Minister. I have not asked anyone to vote for me through The Peoples’ Project’,” he said.