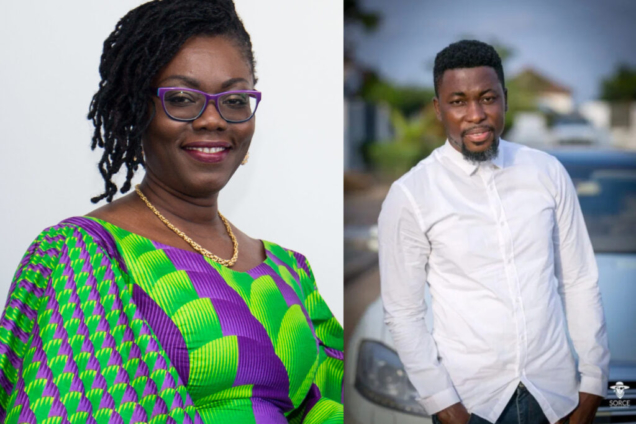 Musician turned politician says Communications Minister Ursula Owusu-Ekuful should be ashamed for having a block in the Accra Digital Centre named after her.

According to him, she should not be proud to lay claim to anything built by former President John Mahama whom she and other members of the New Patriotic Party (NPP) have described as “incompetent” on different occasions.

“If I were Ursula Owusu, I’ll be ashamed to name something an “incompetent president” built after me. But this woman no get shame (sic). Am I even surprised?” A Plus wrote in a post on Facebook on Thursday.

He also shared a picture of the block in the Accra Digital Center named after the Communications Minister.

The former President John Mahama saw to the construction of the $8.3million Accra Digital Centre.

The facility, commissioned by Mr Mahama in November 2016, was built with aid from WB & Rockefeller Foundation.

It was to provide some 10,000 jobs at full capacity for the country’s youth. The centre among other things facilitates the consolidation and aggregation of all government’s key ICT infrastructure in secure, highly available and resilient facilities.

According to Mr Dafeamekpor, the MP for Ablekuma West, who ridiculed the NDC administration led by former President John Mahama, cannot have any of the blocks named after her.

He stated that during the construction of the edifice five years ago, Mrs Ursula Owusu-Ekuful, who is the Communications Minister, did not add even a gallon of paint to facilitate its completion.

In February 2015, Ursula Owusu-Ekuful called on Mr John Mahama to resign as President as indications known to her proved he wasn’t fit for the job.

According to her, the NDC’s presence was hindering a more competent party from addressing the country’s challenges.”

“If they can’t fix our problems they should do the honourable thing and get out so that those who can fix the problems will come and fix it.”

DISCLAIMER: The Views, Comments, Opinions, Contributions and Statements made by Readers and Contributors on this platform do not necessarily represent the views or policy of Multimedia Group Limited.
Tags:
A Plus
Accra Digital Center
Ursula Owusu