VLK Djokoto: Yes, she can: The Jane Naana Opoku-Agyemang factor 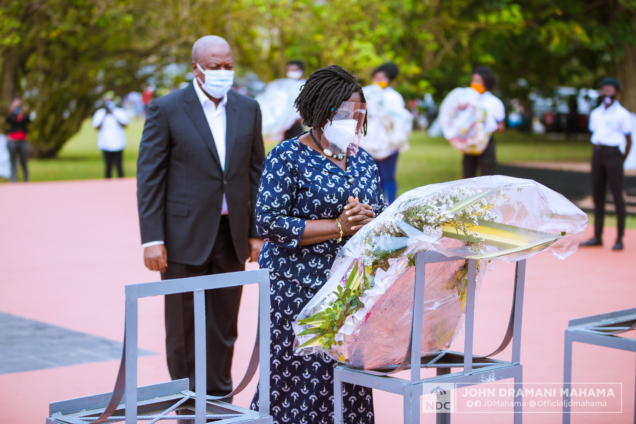 Professor Jane Naana Opoku-Agyemang’s candidacy has inspired a wave of female inclusion at the highest levels of management, whether in government or in the free market — a spark that may very well define Ghanaian culture for centuries to come.

Politics is the engine of development and Professor Opoku-Agyemang has taken the wheel, as co-pilot for Ghana’s largest opposition party, the National Democratic Congress.

A generational thinker and change-maker, Opoku-Agyemang is concerned with the pursuance of policies that will have an endless impact on the mass of our people.

But it is not just about gender, Opoku-Agyemang is an ideal Vice-Presidential candidate. Pollsters believe the reaction to her candidacy has been so euphoric that it exceeds the excitement for any other Vice-Presidential nominee in the 4th Republic. I couldn’t agree more.

This is a woman that has dedicated her entire adult life to public service. Professor Opoku-Agyemang has been at the helm of educational transformation in Ghana since the mid-80’s. Her revolution in public life has been quiet and effective; she has steered her path through the complexities of public administration with grace. Naana has a track-record of delivery.

A lecturer and administrator with the capacity to juggle multiple responsibilities, Opoku-Agyemang was entrusted with various roles at the University of Cape Coast. She served as the Head of the Department of English, Dean of the Faculty of Arts, Warden of Adehye Hall, Valco Trust Fund Post-Graduate Hostel, and Dean of School of Graduate Studies and Research. Her sterling performance earned her the position of Academic Director of the School for International Training in the History and Cultures of the African Diaspora.

In March 2007, Naana, a celebrated black woman of excellence, emerged unto the global scene when she addressed the savagery of racism – one that has continued to divide humanity for centuries ¬– at the United Nations Headquarters in New York City, during the 200th Anniversary of the Abolition of Slavery. She has always championed the rights of the misgoverned, underprivileged and oppressed.

Professor Naana Opoku-Agyemang shattered the status quo when, in 2008, after 63 years of independence, she became the first female Vice-Chancellor of the University of Cape Coast.

Opoku-Agyemang, despite her personal opinions and interests, is widely regarded as a citizen that places the agenda of a better Ghana above that of partisanship. She has always kept her public utterances fact-based, simple, straightforward and salient.

She demonstrated this as Education Minister between 2013-17 when she embarked on a radical infrastructural programme that planted centres of scholarship in the hinterlands and made education accessible to the impoverished. And that is the calibre of leadership the Republic deserves; someone who believes in equal opportunity for all.

Even the New Patriotic Party, her detractors by default, have welcomed the integrity she brings to Ghanaian politics.

The National Democratic Congress has brought on board a political figure that is a reflection of middle-class Ghana; she enjoys goodwill among the intelligentsia and can relate to the everyday struggle of low-income households and enterprises. She has what it takes to put us back on track. She can do it.