We are developing Ada Songor Lagoon for the people of Ada - McDan Group - MyJoyOnline.com 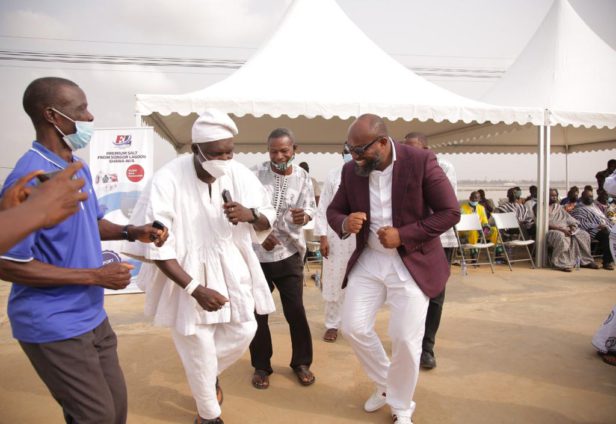 Chairman of the McDan Group, Daniel Mckorley says the ongoing project by Electrochem Ghana Limited to develop the Sangor Lagoon and concession is for the people of Ada.

He said, “the project will inure to the benefit of the people more; our Corporate Social Responsibility (CSR) footprints here at Ada are already evident, but the journey has just begun.”

He made the remark at a prayer and thanksgiving service held at the company’s Sege office on Friday, January 7 to mark the beginning of the activities lined up to commemorate the one-year anniversary of the commencements of the operations of the company.

He noted that for the first time in forty years, fresh seawater, also known as brine, is flowing into the Songor Lagoon for the making of quality salt, thanks to Electrochem Ghana. Until now, the lagoon was heavily silted and was on the verge of extinction.

Seven out of ten of community pans, designated to the Nakomkope community, are ready. This will be replicated in all the other communities to cater for the interest of the local miners. Old pans have also been rehabilitated and new standard ones built to help in the production of high-quality salt for both the local and export markets.

Currently, over one thousand local women entrepreneurs from Ada are in brisk business after benefitting from the three million interest-free loan scheme introduced by the company.

Also, the Ada state will soon be home to the largest sports village in Ghana as construction works on the ultra-modern sports complex have commenced and are expected to be completed this year to provide the platform for the discovery of latent sporting talents and the honing of same into international stars.

Lolonya, one of the Ada communities was also recently provided a 20-unit toilet facility in addition to the free and regular water which is supplied to communities identified to have recurrent water supply challenges.

Other initiatives undertaken by the company in its one year of operation include the planting of 270 white mangroves and 400 cassia species to aid afforestation, rehabilitation of access roads in and around the concession, Donation of educational materials to basic school pupils and humanitarian support for widows in the Ada enclave.

Speaking at the event, Queen of the royal Adibiawe clan of Ada and CSR Director for Electrochem Ghana, Naana Adiki Manyeyo Adi I, noted that Ada would have made much more progress if social development-inclined firms like Electrochem Ghana had arrived earlier.

She called for support for the company to enable it to operate profitably and to execute its many CSR initiatives to boost the speedy development of the Ada state.

Other dignitaries who graced the occasion were Rev. James Agborli Adjokatse, former Dangme-Tongu Presbytery Clerk of the Presbyterian Church of Ghana, who gave the exhortation, Nene Agudey Obichere III, Manklalo of the Ada state and a host of others who represented the various stakeholders.