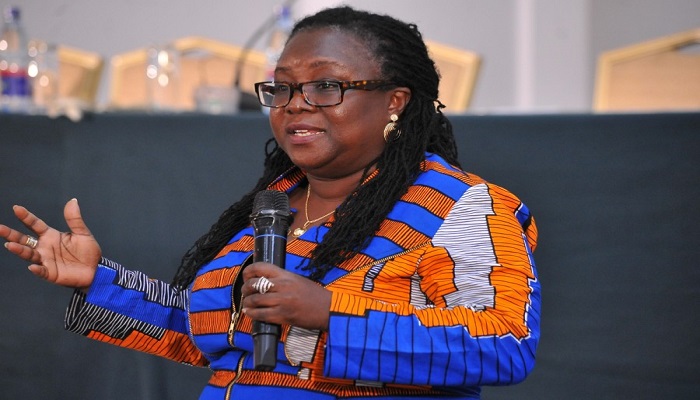 Dean of the School of Information and Communication Studies of the University of Ghana, Prof Audrey Gadzekpo, has called for a more civilised debate on the anti-LGBTQ+ Bill.

According to her, the public should allow for debate to educate about the practice and implications of dealing with something disagreed upon.

“We are being criticised all over the place as if we don’t have the right to submit a memorandum to Parliament pointing out the dangers of the bill.

“Please allow us to have a civilized debate to educate people not only about the practices but also about the implications of how we want to deal with it.

This comes after some residents of Nkoranza assaulted a 21-year-old man for supposedly engaging in homosexual activity in the Bono East Region on Wednesday, October 6.

The Youth of the town were seen in an amateur video, beating the man, whose name is Yaw Barima, in a room where he is alleged to have indulged in the act.

They stormed the premises and subsequently whisked him to the palace on Friday, where he was ordered to procure items to pacify the community’s gods.

Reacting to assault inflicted on the alleged gay man, she said although people have their prejudices and biases, attacking the 21-year-old supposed gay was against the law of the land.

She added that the law does not allow persons to be attacked based on their sexual differences or when engaged in frowned-up acts.

“The people who attacked the supposed gay person are doing something against the law because we know that we cannot put the laws into your own hands. People have prejudices, people have biases, and we know that that’s why it’s a bit difficult to have a law that infringes on people human right like we’ve set out in our memorandum….and then the police who are supposed to deal with this issue have their prejudice and biases, and nobody is saying that they shouldn’t, we all have our prejudice’s and biases, but we also live in under a constitutional democracy, we also live in a country of laws,” he stated.

“If that man was attacking an underage child or even molesting somebody without the person’s consent, of course, there are provisions in the law to take care of that,” she added.

“The bill itself talks about protecting LGBTQ person against behavior like that, against lynching am I correct? However the difficulty that’s what we are trying to point out. When you slain people and dehumanize them because of their difference, you encourage a certain kind of atmosphere that makes it easy for things like that to happen,” he said.

DISCLAIMER: The Views, Comments, Opinions, Contributions and Statements made by Readers and Contributors on this platform do not necessarily represent the views or policy of Multimedia Group Limited.
Tags:
Anti-LGBTQI + Bill
Prof Gadzekpo