Wikileaks founder Julian Assange was arrested on Thursday at Ecuador's London embassy, where he had been granted asylum since 2012.

The United States alleges that he conspired with Chelsea Manning to access classified information on Department of Defense computers. He could be jailed for up to five years.

Since it launched in 2006, Wikileaks has become renowned for publishing thousands of classified documents covering everything from the film industry to national security and wars. 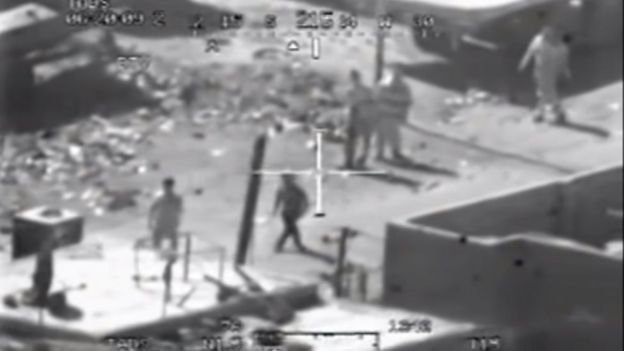 Helicopter footage was posted on Wikileaks

In 2007, Wikileaks published a video from a US military helicopter showing the killing of civilians in Baghdad, Iraq.

A voice on the transmission urged the pilots to "light 'em all up" and the individuals on the street were fired at from the helicopter.

When a van arrived on the scene to pick up the wounded, it too was fired at.

Reuters photographer Namir Noor-Eldeen and his assistant Saeed Chmagh were both killed in the attack.