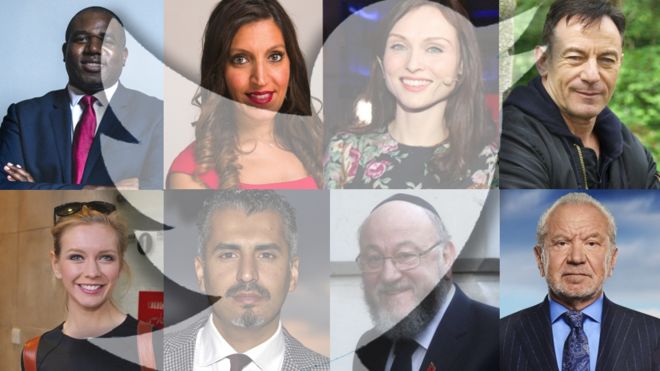 A 48-hour boycott of Twitter by some of its users, protesting at the platform’s alleged lack of action on anti-Semitism has begun.

It was triggered by the actions of grime music artist Wiley, who shared several posts on Twitter on Friday.

Some of the tweets were deleted, but Twitter was criticised for taking time to act and leaving some tweets up.

The offending messages “should not have been able to remain on Twitter and Instagram for so long”, he added, and “social media companies need to go further and faster to remove content like this”.

Dozens of well-known figures supporting the two-day “walkout” are using the hashtags #NoSafeSpaceForJewHate and #48HoursSilence.

Many of those taking part accused Twitter of “breaking its own policies” for not having taken a tougher line – Wiley has been temporarily suspended by Twitter but not banned.

The protest formally began at 09:00BST. But since that time, other people and organisations have joined, including the accounts of Greenpeace UK, the Royal Opera House, the pop group McFly, sports broadcaster Gary Lineker, as well as members of the public.

However, some people have questioned whether keeping silent is the best way to challenge online hate.

Police are now investigating Wiley’s tweets, and said “enquiries remain ongoing”. The so-called “godfather of grime” has also been temporarily barred from Instagram.

Actress and writer Tracy-Ann Oberman, who is one of those leading the movement, tweeted on Saturday that Twitter had “allowed [Wiley] 48 hours of pure race hate”.

She said that Twitter founder Jack Dorsey “has to stick by [Twitter’s] remit of anti racism. Silence is complicity. Please walk out with us.”

The rallying cry was taken up by a diverse cross-section of Twitter users, including:

We are now saying #NoSafeSpaceForJewHate and walking out of ⁦@Twitter⁩ until 9am UK time on Wednesday pic.twitter.com/2jKYRhyM9F

I will be joining this 48 hour twitter walkout in solidarity with the Jewish community. Antisemitism is unacceptable. #NoSafeSpaceForJewHate pic.twitter.com/4kQPN1G7hP

That’s it, I’m on strike from Twitter now for 48 hours counting from 9am tomorrow

This Muslim stands with his Jewish brethren ✊🏽🧿 https://t.co/7KWVMxfI1r

I’m so used to antisemitic hatred, caricature and conspiracy theories from governments, looneytunes, the left, right and reasonable middle that I long ago lost hope for change online or in life.

Those taking part have vowed not to tweet – or use Twitter at all – from Monday morning to Wednesday morning, reflecting the 48 hours of inaction they accuse Twitter of.

Karen Pollock, chief executive of the UK’s Holocaust Educational Trust, tweeted her organisation’s support for the move, writing that Twitter can be “abusive, distressing and so draining”.

She added: “It is about time social media companies Twitter [and] Instagram live up to the values their users would expect.”

Twitter said: “Abuse and harassment has no place on Twitter and we strongly condemn it”. The firm highlighted its policies that ban the promotion of violence against people on the basis of religion, race or ethnicity.

“We enforce our rules judiciously and impartially for all and take action if an account violates our rules,” it said.

Chief Rabbi Ephraim Mirvis, meanwhile, has written to Twitter chief executive Jack Dorsey and Facebook boss Mark Zuckerberg, telling them: “social media companies have a responsibility to act and must do so without delay”.

“This cannot be allowed to stand. Your inaction amounts to complicity.”

What happened to Wiley?

During his tweet session, Wiley referenced conspiracy theories about Jewish people and other insulting material. He also posted extensively to Facebook-owned Instagram.

Many have now been replaced with notices that the tweets are no longer available because they violated Twitter’s rules.

However, they had already attracted the attention of a number of public figures and the police.

On Saturday, London’s Metropolitan Police in Tower Hamlets tweeted that they had received “a number of reports” about anti-Semitic tweets, and that “the relevant material is being assessed”.

UK Home Secretary Priti Patel said she had asked Twitter and Instagram for a full explanation, while London mayor Sadiq Khan has written to the firms, criticising their reaction.

Wiley’s management also dropped the artist over the weekend, saying: “There is no place in society for anti-Semitism.”

The 41-year-old artist, whose real name is Richard Cowie, is a major figure in grime music, and was made an MBE in 2018 for services to music.

The anti-Semitism row has also resulted in calls for that honour to be withdrawn.