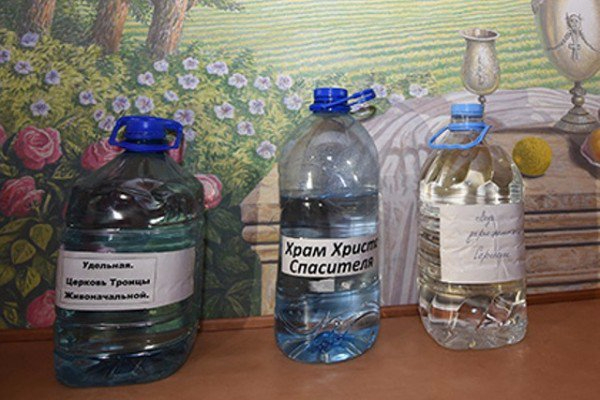 Unable to cope with the death of her husband, a Russian woman reportedly spent at least four months trying to bring him back to life with the help of holy water and prayer.

The unnamed 76-year-old retired therapist from the central district of Volgograd stunned police investigators when she said she didn’t report the death of her 87-year-old husband because she believed she could revive him by sprinkling holy water on his body and reading prayers.

The woman’s bizarre secret was revealed on August 12, when she accidentally flooded the apartment below, and a neighbor forced his way into her home to turn off the water. He found the almost completely mummified of her husband laying on the living-room couch and immediately notified the police. Forensic pathologists determined that the man had been dead for four to six months, but found no traces of violence on his body and concluded he had died of natural causes.

During questioning, neighbors of the elderly couple said that they did sense a strange smell coming out of their apartment for a while, but didn’t think anything of it. Also, the man had suffered a serious injury to his leg in 2015 and had been confined to a bed since then, so the only one who knew about his condition was his wife. To make sure no one interfered with her plans to revive the deceased, the woman would tell anyone asking about her husband that he was doing good but was to tired of seeing guests. Even the couple’s children were kept in the dark and asked not to visit, because the two of them were just fine.

During their investigation, police learned that 76-year-old woman, who had worked as a doctor for most of her life, had become interested in the occult in the last few years, and was obsessed with the work of Leonid Konovalov, a Russian psychic who stars in a television show where he tries to communicate with the dead.

“When we started talking to the woman, it turned out that she was fascinated by alternative medicine and believed that by sprinkling holy water on her husband, she would be able to bring him back, to revive him,” Chief investigator Milena Fratsuzova said.