Zambia orders Cuban ambassador out of the country

The Zambian government has issued a seven-day ultimatum to Cuban ambassador Nelson Pages Vilas to leave the country.

Mr Vilas angered the government after attending the launch of opposition Socialist Party, headed by Fred M’membe, a journalist-turned-politician.

Mr Vilas was photographed at the launch event, something the government argues is against diplomatic etiquette.

President Edgar Lungu on Sunday ordered the ambassador be recalled for engaging in political activities in Zambia.

Foreign Affairs Minister Joe Malanji confirmed Mr Vilas was summoned to a meeting with ministry where he expressed remorse.

But while remaining optimistic that Zambia’s relations with Cuba will remain strong, Mr Malanji said the ambassador had been given seven days to leave the country.

Tuesday's newspapers have led with the story: 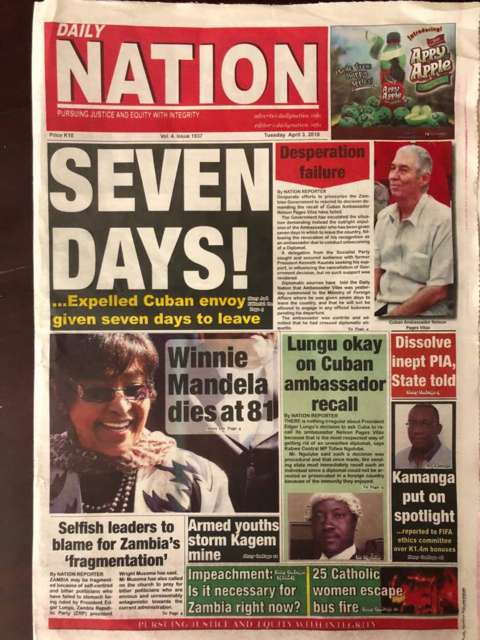 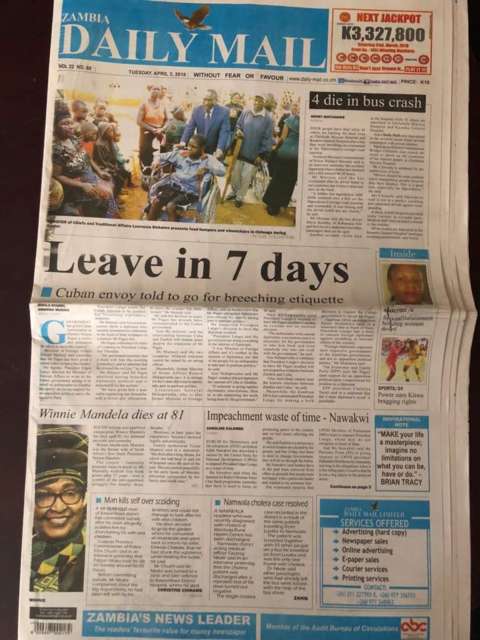