11 foods that could be killing your sex life 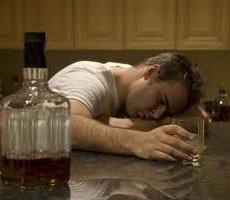 For better sexual and reproductive health, steer clear of foods that make you feel sluggish and kill your libido.

Coffee
Habitual coffee drinkers are at risk for harming their adrenal glands, which are responsible for producing certain stress hormones. Fiske says, “Over time, if the adrenals normal functioning declines, other hormones in the body, like sex and thyroid hormones, can be affected as well.” So don’t overdo it — consider switching your 2nd cup to an herbal tea instead.

Potato chips and crackers
Even with the more natural, “healthier” alternatives offered today, many of these snacks are deep-fried in bad oils that may potentially create carcinogenic compounds. Fiske says, “If it isn’t trans-fats that are used in chips and crackers, other highly rancid and cheaper oils are used, and to make matters worse, they are heated at destructive temperatures. This combination of bad fats with high heat will lead to oxidative damage to the tissues and cells of the human body,” interfering with hormone regulation (including the sex hormones), skin health and weight maintenance.

Cheese
Most commercially bought cheeses come from cow’s milk treated with antibiotics and other growth hormones. “Over-consumption of dairy products will increase the exposure of these toxins (hormones) in our bodies, interfering with our bodies natural production of hormones, including sex hormones (estrogen, progesterone, and testosterone). Too much accumulation of xenoestrogens (“bad” estrogens from the environment and food) could contribute to sexual dysfunction and mood issues,” says Fiske. If you can’t part ways with your dairy, at least make sure to choose cheese that is not from cow’s milk treated with antibiotics or hormones.

Alcohol
“While alcohol can lower psychological inhibitions and increase the desire for sex, as alcohol acts as a depressant it can inhibit physiological symptoms and hinder the body’s ability for sexual activity, despite perhaps the presence of desire,” says clinical psychologist Dr. Julie M. Mullany. Chronic alcohol consumption can be particularly detrimental to men as it decreases testosterone production. Don’t think this is all a guy thing either. “Testosterone in both women and men in the proper amount helps support a healthy libido,” says Fiske. So you might have the guts to hit on someone but…there won’t be much other action.

Pizza
This convenient comfort food promotes insulin surges. Fiske says, “Excessive insulin can impair ovarian function thus leading to reproductive issues and difficulty in conceiving.” If you see a family in your future, lay off the pie.

Soda
The National Institutes of Health (NIH) just released a study that links soda with depression. “Oh but I drink diet soda,” you say. Turns out the risk is even greater for those on the artificial sweeteners. Ever hear of the depressed guy who had the libido of a stallion? Yeah, we haven’t either.

In another study involving more than 21,000 individuals published in The New England Journal of Medicine, it was concluded that consumption of sugar-sweetened beverages can interfere with genes that affect weight increasing a person’s risk for diabetes.. “Dental cavities, diabetes, obesity, dehydration, and bone loss are just a few of the negative consequences of drinking too much of this beverage”, says Rachel Fiske, Certified Nutrition Consultant and Owner of Madrona Wellness in San Francisco. Sexy, right?

Artificial Sweeteners
There have been an abundance of health complaints reported from users of aspartame since its introduction to the modern food supply. If you’re striving for weight loss and choosing diet products (sodas and sweets), chances are you’ve been consuming this substance. Fiske says, “Aspartame can inhibit serotonin and could cause headaches, depression, irritability, anxiety attacks, insomnia. Serotonin is considered a “feel good” hormone and without sufficient supplies of this, mood and libido could suffer.” It is proven that aspartame can affect the neurotransmitter dopamine, which is necessary in the proper amounts for normal sexual behavior. Stick to small amounts of natural sweeteners instead — just don’t over indulge!

Canned soup
Full of sodium, substandard meat products, and a handful of artificial additives, canned soups should be reserved for your emergency kits only. Excessive dietary sodium and low potassium intake could lead to hypertension (or high blood pressure) which could result in diminished blood flow to certain parts of the body, including sexual organs. For both men and women, during times of arousal, adequate blood flow is necessary to ensure that sexual organs can function properly and optimally during sex. Cut back on excessive sodium and make a healthier soup from scratch.

MSG
Monosodium glutamate, or MSG, is used as a food additive in packaged foods and at restaurants to impart a certain flavor and taste profile. Though it may contribute towards a desirable taste in some savory foods, it is also known to cause some undesirable health effects. Fiske says, “MSG consumption could cause: headaches, respiratory issues, depression and cognitive issues and cardiovascular concerns.” Poor brain health and depression can cause a decline in libido and overall sexual satisfaction. Be vigilant — read labels and patron restaurants that do not use this detrimental flavor enhancer.

Processed-soy foods
While whole, unprocessed soybeans and even fermented soy (such as natto, miso and tempeh) possess some health attributes, many soy products are highly processed, stripping their beneficial compounds away and leaving only the protein. Fiske says, “Soy contains phytoestrogen compounds (naturally occurring plant substances that mimic the hormone estrogen) that could potentially disrupt normal endocrine function, affecting hormone balance in both men and women.” Hormonal disruptions = low libido, and general fatigue.

Poor-quality oils
Likewise, poor oils can be bad for those trying to conceive as well. Dietary fats come in many forms and while some are beneficial, others should be avoided if possible. “Poor quality oils such as canola and other processed vegetable oils are prone to oxidation, causing free radicals in the body. Reducing oxidative stress by eliminating these fats is also key in protecting a woman’s reproductive system and increasing conception ability,” says Fiske. Choose to cook with more stable oils like coconut oil or ghee and stick with extra virgin olive oil for salad dressings.