3 critical traits of a trustworthy man 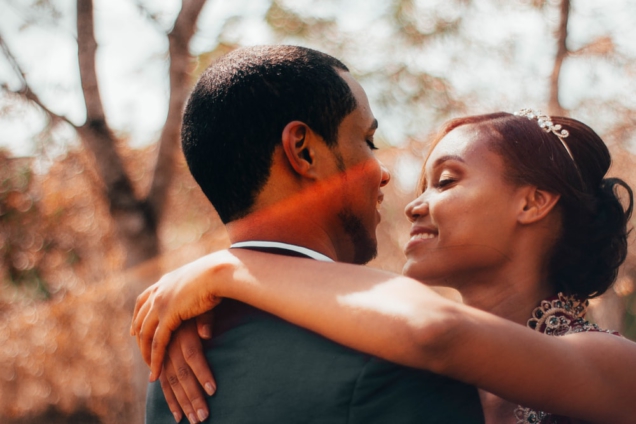 But, in romantic endeavors, trust plays a much larger role (odds are you aren’t worried about your co-worker breaking your heart, not even when he takes the last of the coffee and doesn’t make more!).

This question of trust is especially acute for people who have been hurt in the past — you don’t want to ever feel like that again! You may find yourself with a man, struggling with the reconciliation of how to trust him or creating reasons why you should or shouldn’t

Like a tiny angel sitting on your right shoulder, part of you may say to go ahead and go for it. Yet the devil sitting atop ol’ lefty cautions you to be careful.

You end up torn, asking yourself, “Should I trust him?” over and over again. So, should you?https://www.youtube.com/embed/f6YX3Id5zfQ

The answer isn’t always “yes”. Some people aren’t worthy of your trust no matter how open-minded and tolerant you are. But many are worthy of the chance to earn your trust.

Fortunately, there’s a way how to know if you can trust him and gauge the good from the bad. And this involves the three “I’s”.

3 Critical Traits Of A Trustworthy Man

If a man is investing in you, he sees a future in your union. You don’t need to fret about trying to get him to commit — he’s ready to do it all on his own! But what does this mean, exactly?

When a man is investing in a woman, it means that he’s offering her not only his presence and his attention but also his time and energy. He’s making plans with her, he’s asking her about herself, and, when she replies, he’s putting down his iPhone so that he can listen.

He’s not making future plans that exclude her and he’s not giving her the bare minimum (a text or two each day — just enough to string her along).

Does the man you’re seeing have integrity in other areas of his life? Is he nice to you but rude to the waiter? Does he seem okay but spend his days complaining about how he doesn’t get along with a single co-worker (literally, not one!)?

Does he proudly tell you about the time he dined and dashed at Red Lobster or how he wrote a computer code that skimmed money out of his client’s accounts?

The question of integrity is an easy riddle to solve: if a man has integrity with others, he’ll have it with you. If he doesn’t, well, then you also have your answer.

In third place is influence. What do we mean by this? Frankly, how open is your guy to being influenced by you? Does he value what you say and think?

This is in no way to imply that a man needs to be a puppet and fail to think for himself (that’s not trustworthy either); it doesn’t mean he needs to change his own values or opinions. But he does need to hold space for you and acknowledge your feelings.

So, ask yourself if he emotionally validates you or if he brushes you off and minimizes everything you say, think, and feel? A man who validates you is one you can trust. A man who doesn’t is one who isn’t worth your time or energy.

The 3 “I’s” above tell you whether or not you can trust the man you’re dating. Of course, they only take you so far — your own personal intuition is important as well. If every fiber of your being tells you the man you’re dating is full of it, the chances are good that he is.

Still, using the above as a guide may help you avoid the frogs and skip right on over to the princes.