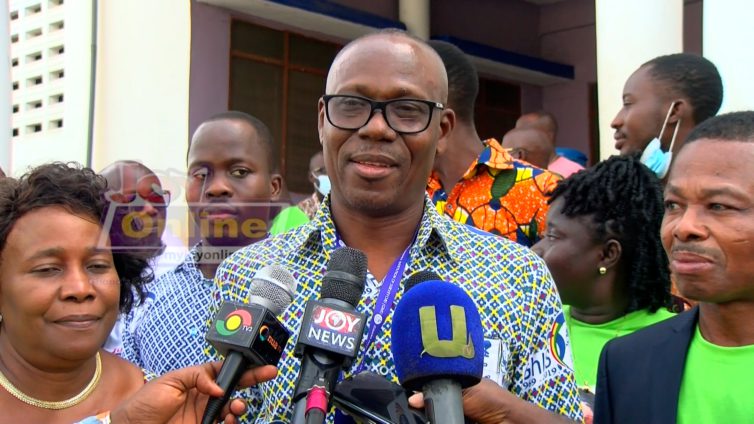 Dr. John Amaglo is the outgoing President of the Ghana Institution of Surveyors

The Ghana Institution of Surveyors has said the country’s target of making housing affordable may not be achieved if the activities of land guards are not curtailed.

The situation has become a burden for many looking to acquire land, particularly in the national capital, Accra.

Although a Land Act prescribes a minimum five-year jail term and a maximum 15-year sentence for persons acting as land guards, it appears not to be deterrent enough as their activities continue with impunity.

The Ghana Institution of Surveyors says the menace has contributed to the rise of housing in the country.

The outgoing President of the Institution, Dr John Amaglo, noted that the development is also due to property owners’ poor handling of land-related documents.

“If we have our data on any land well documented, the first thing that we are curing is the effect of ‘landguardism’ which I will describe as a menace.”

“We handle data on land haphazardly, not in any coordinated manner and that is the reason you buy a land and you will need the services of a land guard to protect it for you,” he observed.

Dr Amaglo added that “if you have the money and the land is litigation-free, you should be able to develop it.”

“It is affecting everyone in the country so far as housing and infrastructure development are concerned.”

On December 7, 2021, some suspected land guards have allegedly set ablaze a newly built Police station in Tenbibian near Obom in the Ga South Municipality.

Residents of the area who were thrown into a state of shock said the edifice was set to be a newly-commissioned one.

According to eyewitnesses, the suspects reportedly vandalised the glass doors before setting all furniture in the commander’s office on fire.

on January 11, 2022, hundreds of residents of Podoe in the North Tongu District of the Volta Region gave the government and the Inspector General of Police (IGP) a one-week ultimatum to clamp down on land guards activities in the area effectively.

The agitated residents recounted that properties, including their farms, have been destroyed at the hands of land guards.

As such, clad in red, they conveyed at their farms on Tuesday to drum home their displeasure and ask the Inspector-General of Police to, as a matter of urgency, ensure that the perpetrators of the act are brought to book.

Following these and other reports, the Inspector-General of Police (IGP), Dr George Akuffo Dampare has urged estate developers to make lands available for the construction of Police stations when developing their estates.

According to Dr Dampare, the non-availability of lands for building Police stations in the estates impedes efforts to effectively enforce law and order in such communities.

He explained that security is critical in every human endeavour.