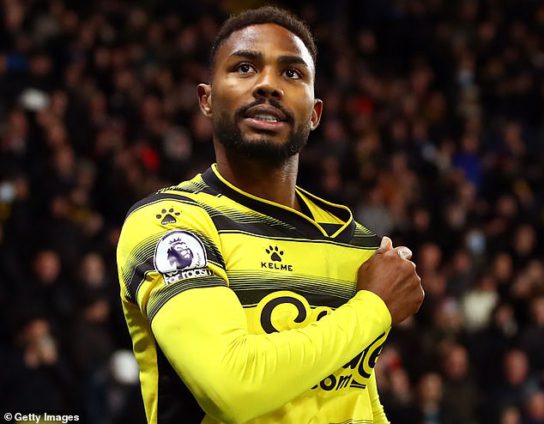 Nigeria have been dealt with a blow following the omission of Watford forward, Emmanuel Dennis and Victor Osimhen from their final 28-man squad for the upcoming Africa Cup of Nations.

The Nigeria Football Federation on Friday, December 31, released a statement as part of announcing their final squad for the tournament describing Watford as ‘baring fangs.’

The forward was expected to play a role at the AFCON for Nigeria following his impressive start to life in the English Premier League after being named in the provisional squad.

However, the Premier League side will not release the forward because as they feel the NFF did not request for his involvement at the continental showpiece on time.

Prior to the statement from the Nigerian Federation, Watford manager, Claudio Ranieri revealed the three-time African champions missed the deadline to let the club know their intent to add the 24-year-old to the final squad list.

Nigeria will also miss the services of Napoli star, Osimhen after he contracted Covid-19. The striker recovered in time from a facial fracture injury against Inter Milan back in November and was looking forward to playing for his nation at the AFCON in Cameroon.

But the 23-year-old has now tested positive for the virus for the second time and has gone into isolation in Nigeria, ruling out a further check-up on his fractures before the AFCON.

In the absence of Dennis and Osimhen, Slavia Prague’s Peter Olayinka and Henry Onyekuru of Olympiacos have been named as their replacement.

Nigeria will play their first group game against record-holders, Egypt on January 11.