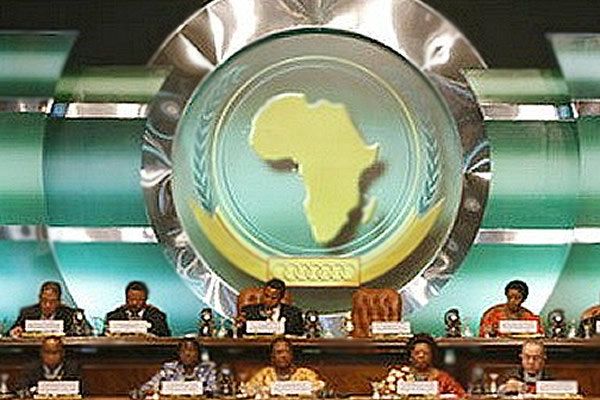 “A resolution calling on African states to withdraw en bloc from the Rome Statute would be reactionary in the extreme,” says Tawanda Hondora, Amnesty International’s Deputy Director of Law and Policy.

The African Union (AU) is due to hold an extraordinary summit in Addis Ababa on 11 and 12 October. It is understood that a proposal will be tabled for the en bloc withdrawal of African countries from the Rome Statute of the ICC.

Some AU members are concerned that the ICC is unfairly targeting African countries.

But the Internaltional human rights organisation says “such a resolution would serve no purpose except to shield from justice, and to give succour to, people suspected of committing some of the worst crimes known to humanity.”

Amnesty International however admits that the ICC should expand its work outside Africa, but it says this does not mean that its eight current investigations in African countries are without basis.

"The victims of these crimes deserve justice”, says Amnesty International.

Most of the cases in Africa were referred to the ICC by the African governments themselves. These include Central African Republic, Cote d’Ivoire, Democratic Republic of the Congo, Uganda and Mali. Two other cases, Darfur and Libya, were referred by the UN Security Council with the full support of its African members.

However, a group of African states, among them Kenya, have been leading a campaign against the ICC. The group has escalated its efforts following the election of Uhuru Kenyatta as President and William Ruto as Deputy-President earlier this year.

Both have been charged by the ICC with crimes against humanity committed during the post 2007-8 election violence that left 1,000 people dead and displaced more than 600,000.

Kenya’s parliament has already committed to considering its withdrawal. However, such a step cannot stop the current ICC trials. It could, however, lead to impunity if future crimes are committed in the country. Any withdrawal would not take effect for a year.

“An initiative to organize further withdrawals from the ICC through the African Union would send the wrong signal about Africa’s commitment to protect and promote human rights and reject impunity, all of which are values central to the African Union itself,” adds Tawanda Hondora.

Ahead of the Summit, African Union chief Nkosazana Dlamini-Zuma has also written to the President of the Security Council urging it to defer the case in Kenya following the attack in Westgate, Nairobi.

“Victims of the post-election violence have waited over five years to see the cogs of justice turn after Kenya failed to deliver justice and the ICC stepped in,” says Tawanda Hondora.

“A deferral would delay justice to victims and would likely lead to repeated requests for annual extensions which would reinforce impunity. The ICC’s trials should proceed”

“African governments played a vital role in setting up the ICC and their commitment has ensured that millions of victims of human rights abuses across Africa and around the world have access to justice. This must not be undermined by a few countries solely interested in protecting their own leaders”, Tawanda Hondora adds.