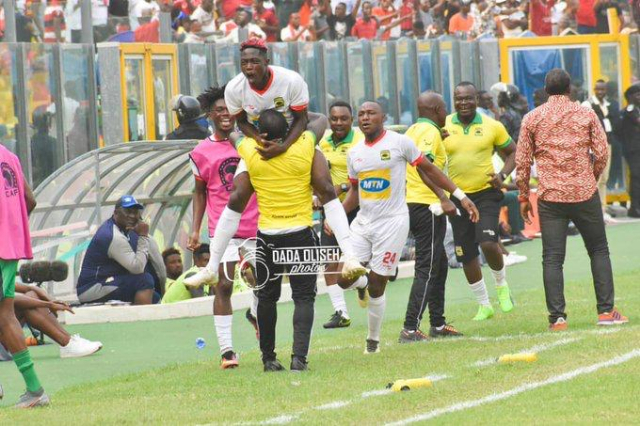 After an inevitable hiatus, the Ghana Premier League got off to a much-awaited start in December last year and after nine match days, the league can boast of great moments to reminisce on and few incidents as well that need to be worked on and avert any similar ones in future.

But as the match days wear on, there are factors that will keep the excitement levels and buzz about the Ghana premier league

Almost all the clubs are social media savvy. At least one general theme that runs along all the handles and pages on social media are stories on upcoming games, results, players and short videos on big performances and goals.

Most of these clubs have adopted the conventional practice of communicating key decisions and developments. Considering that most people within the demographic bracket of the late teens through adults are active on social media, it is proving a good way to establish good reach that stirs interest.

Accra alone can boast of derbies between Hearts of Oak, Olympics, Liberty Professionals, Legon Cities and Inter Allies. Kumasi and the Ashanti Region will have its usual fair share of the rivalry with Asante Kotoko and King Faisal as well as Ashantigold.

Karela United and Medeama SC have a new phase of stiff competition as they will both share the Akoon Park in Tarkwa.

In the Brong Ahafo and Bono Regions of Ghana, Aduana Stars and Berekum Chelsea and Bechem United have renewed their age-long rivalries.

Another regional rivalry that is also branded a derby is Elmina Sharks and Ebusua Dwarfs. The two clubs are based in Central Region – Elmina and Cape Coast respectively which are less than 10 minutes drive apart.

The Ghana Premier League may not boast of superstars but have a few faces who have great experience and have also made the headlines before.

Legon Cities (Previously Wa All Stars) have the highly experienced goalkeeper Fatau Dauda, who has played at the FIFA World Cup, the Africa Cup of Nations and won league titles in Ghana and Nigeria.

Victorien Adebayor re-joined Inter Allies after a move abroad and he has been effervescent. By far, the Niger International is the most exciting-if not the best- player in the league.

The club also have Ahmed Adams back in their books.  So far he has formed a tight partnership with captain Zakaria Fuseini at the back.

Striker Eric Gawu is still with Dreams FC and he has not lost his mojo yet.

So far Yahaya Mohammed is the only player to have scored a hat-trick and has scored 8 goals in total.  He also picked up the very first NASCO Player of the Month Award.

There is also Victorien Adebayor of Inter Allies who has a similar record of 8 goals after 9 games. He has also topped up this feat with four NASCO man-of-the-match awards so far.

The Nigerien import is definitely headed for the top with the quality exhibited so far.

RELATED – GHPL: How Inter Allies spotted and made Victorien Adebayor

The situation where for instance we see one hat trick every two matchdays can spark new conversations and draw attention to the fact that each match day can produce a not-so-ordinary result.

Certification by club licensing board

The new club licensing board which has done some tremendous work so far are also giving the league a positive public image.

The recent withdrawal of the certification of Liberty Professionals’ Carl Reindorf Park in Dansoman as well as its restoration after the right thing was done, is a major message.

The message is that any venue that proves unfriendly to fans will not be tolerated. Fans had the unpleasant experience of killing three snakes at the Carl Reindorf Park on matchday 5.

The streamlining began with the certification cap of a CAF License A for all coaches in the premier league. This resulted in some switches to ensure compliance.

Out of 18 club venues, 16 were approved for use, giving a strong indication of heavy compliance. The message being sent to the fans is that rules are being adhered to. This will grow confidence and the assurance of safety and spectator-friendly venues.

Legon Cities FC have great potential to grow their fan base. Its name associates with a suburb in the capital that has at least three Universities (University of Ghana, Wisconsin University and University of Professional Studies -UPSA) and has some of the nation’s most valuable residential addresses.

This suburb within the Ayawaso West Wuogon Constituency of Ghana also boasts of some good hotels and hospitality joints. All these are big platforms for new affiliation and support. Considering that the club is also showing great evidence of the appreciation of product packaging, it can end up generating a big buzz about them which can translate into followership.

Secondly, good results can generate talk about the club, not only on the platforms mentioned above but also around the country. Already it looks like Legon Cities is gaining traction, Ex-Ghana International and now coach Laryea Kingston who was at the stadium during the game against Kotoko acknowledged the loud cheers that greeted their goal against the Porcupine Warriors.

Karela FC playing at Akoon Park could also gain them some new numbers. Medeama may be the order of the day but sometimes fans in the township want new affiliation and new relationships. Depending on the performance and results levels as well, Karela can record new numbers in defections by some fans as well as recruit new ones.

After 81 games played, 162 goals have been scored. The second halves of these games have proven more productive as they have recorded 91 goals as against the 71 scored in the first halves.

Should this be improved, a great level of interest will be sparked because goals crown all the hard work on the pitch and are always the main differentiator.

Shatta Wale’s appearance at the Legon Cities FC versus Asante Kotoko game on matchday 2, was received with massive cheers by the fans at the Accra Sports Stadium.

Already Legon Cities have made big headlines with their attractive branding and the playing choreographed convoy processions to match venues. When playing at home, they do a procession with a chain of luxury cars and motorbikes escorting that the club’s bus.

On the average, any fan who attends a musical concert with Shatta Wale or any of the country’s A-List artiste will pay a minimum of 50 Ghana Cedis.

The league provides that kind of experience of seeing their idol perform a few songs for prices ranging from between 5 Ghana cedis to 30 Ghana cedis. So clearly the extra value that some games will give patrons will be a great pull factor as well.

This is one of a few seen this season. Kwesi Arthur gracing Match Day 4 and Medikal on Match Day 6 and Wendy Shay subsequently all have similar advantages.

Once again Legon Cities FC have introduced a strategy which has a good eventual effect. Their matchday 4 fixture at the Accra Stadium against Ashantigold was free entry for all ladies.

In the instance that this measure is maintained by the club, it could spark a gradual increase in the numbers.

While this could take time it can work to the advantage of the club. Once the numbers are increasing in the stands, the aesthetic effect on television coverage will also improve and spark attraction and further interest.

The league was not available on television until matchday 3 when StarTimes secured the rights ahead of state-broadcaster GTV.

Despite all the controversy generated following the announcement of StarTimes, the Chinese pay television have done an excellent job.

They have ensured that matches are available not only on their box but on free to air channels. Their coverage has been top-notch with some likening it to European football.

Fans have been treated to at least three matches per matchday with highlights being easily accessible.

StarTimes have promised more and fans can be excited for the future.