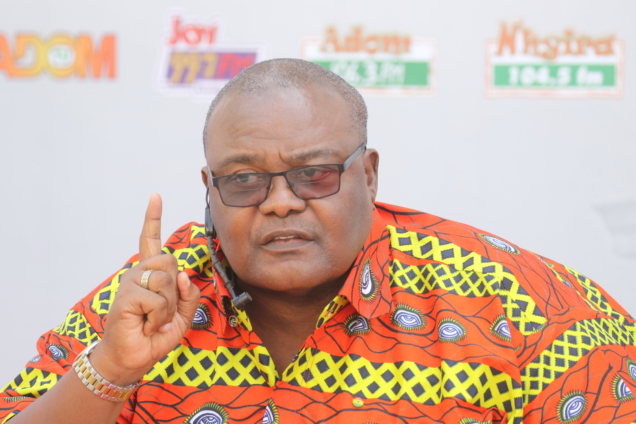 The opposition National Democratic Congress (NDC) has challenged President Akufo-Addo to publicly address the allegations of bribery and corruption levelled against him.

Lawyer Kakra Essamuah, the Communications Director of the party at a press briefing dubbed “The Mother of All Corruption” Wednesday, prayed the media to ensure accountability from the President.

“Because of the seriousness of the allegations contained in the video, the President must personally speak to it. There are resident Ghanaians that have also been named in there.

“The President as an accused person is as a demand, expected to speak in order to absorb himself.

His comment follows a viral video claiming that President Akufo-Addo has taken a $40,000 bribe to keep an appointee of the previous administration, Director of Urban Roads, Abbas Aworlu, in office.

Mr Essamuah said the first gentleman “needs to provide answers to why he took ¢40,000 as party donation or as a bribe”.

Describing the President as a narcissist, he said Nana Akufo-Addo has on the basis of dishonesty and non-transparency, lost credibility and lying to Ghanaians to keep staying in office.

“What pleases him is what he does. He doesn’t do anything to please us. At the moment, he has lost all moral authority, and that is why he cannot gather the courage to come and provide answers to questions concerning his tenure,” he said.

Also speaking under the conference was Member of Parliament for Ketu South, Fifi Fiavi Kwetey, who was of the view that the Akufo-Addo government is gradually destroying the soul and social fibre of the country with its “lies, deception and hypocrisy”.

“Hypocrisy is graver than collecting bribe. The collecting of bribe is bad enough, but we have on top of it, a presidency that simply is making sure that hypocrisy and deception becomes the order of the day, then this country is in trouble, we are doomed” he said.

But the governing New Patriotic Party (NPP) has rubbished the claims.

Dr Mustapha Hamid, who is the Zongo Minister said it is spurious the NDC is making such an allegation describing what is claimed to be a bribe as a campaign donation.

He said because the NDC has no campaign message they are resorting to such tactics to throw dust into the eyes of Ghanaians.

Dr Hamid called on Ghanaians to focus on what the President is doing to develop the country and not waste time on the NDC which is exhibiting its incompetence in grand style.

DISCLAIMER: The Views, Comments, Opinions, Contributions and Statements made by Readers and Contributors on this platform do not necessarily represent the views or policy of Multimedia Group Limited.
Tags:
Bribery scandal
Nana Akufo-Addo
NDC and NPP