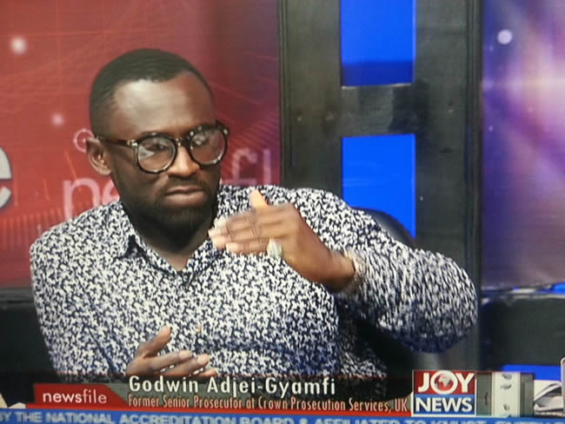 A UK based Ghanaian lawyer says among other things, Nayele Ametefeh's use of the VIP section at the Kotoka International Airport (KIA) prior to her arrest in the UK for cocaine trafficking, makes her a kingpin in the business and could get her a maximum sentence for her crime.

According to the former crown prosecutor, Godwin Adjei-Gyamfi,  the suspect's initial insistence at the airport that she had come to the UK for business and to shop, does not help matters at all.

He was guest panellist on Joy FM's Newsfile programme, Saturday.

Explaining the procedures in dealing with drug offences by courts in the UK and what would inform the number of years given to a suspect, Mr Adjei Gyamfi said the court would most certainly assess the weight and the purity of the substance found on any suspect.

It would further probe if the suspect was playing a lead role, lesser role and whether or not the suspect is being coerced to engage in the illegal trade.

He explained by a lead role, the suspect may be using business as a cover up for the illegal trade and must be living an ostentatious lifestyle. He added the suspect may likely be highly connected to higher authorities.

Adjei-Gyamfi said given the circumstances under which Nayele Ametefeh was arrested, he had no doubt prosecution would place her in a kingpin category.

"When she was stopped at the UK airport she said she came for business and shopping…" She also is reported to have used the VIP section in Ghana and that puts her in a leading role," he averred.

He said with all the evidence available, Nayele Ametefeh is deprived of any other mitigation except her "early guilty plea."

He added the British authorities may soon be following up to confiscate her properties in Ghana.