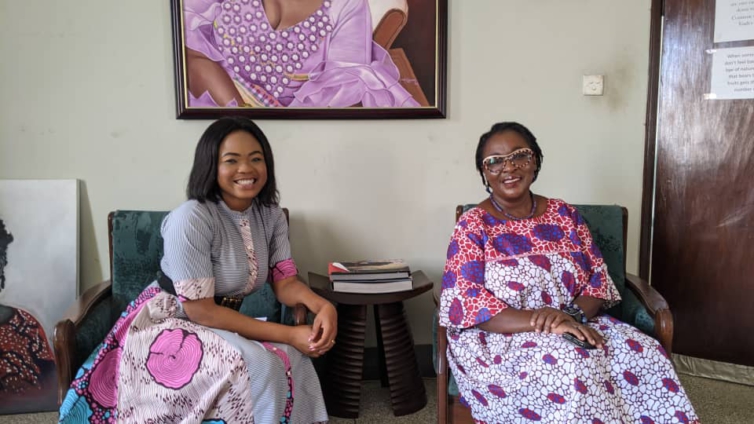 Executive Director of the National Theatre of Ghana Amy Frimpong has recounted the state of the country’s creative arts industry during her heydays in the industry.

In an interview with Joy News’ Doreen Avio, she revealed that the industry before the time a curfew was imposed in the 1980s was one of the serious periods in the industry.

According to her, industry players back then were so serious with the work and addressed challenges that came their way.

“The one before the curfew period was a really serious period. I find it interesting that artistes right now are always asking for something before they do something and it is because there is a history of us doing something and never getting recognized or paid.

“If we had challenges at the School of Performing Arts, Legon, we would find a ride, come all the way to the drama studio ourselves without the director to rehearse, and then go back.

“We will create something and then go back. Because we had all gone through the system. We knew what to do and so there was no need for us to wait for someone before we did something.” she said

Madam Amy also revealed how she took her education seriously even when she landed a role in the ‘Kukurantumi: Road to Accra’ movie.

“So for me, it was a totally different approach. When I was shooting ‘Kukurantumi’ I was in school, I couldn’t take off lectures to go and shoot, No! Everything was planned around my schedule because I had to attend classes and there was no excuse, but nowadays you will find out that even those who are working, once they get a contract to go and shoot, they just forget about that. For me, it is commitment and mindset.”

Amy Frimpong starred in the Kukurantumi: Road to Accra movie which was produced in 1983.

It is said to be one of the first Ghanaian films tobe aired on many European countries’ television.