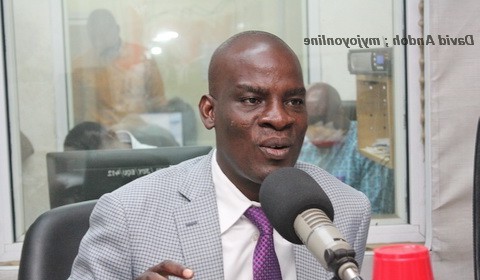 Outgoing Labour and Employment Minister has vehemently defended the decision by functionaries of the Mahama led administration to award contracts and give appointments days after being voted out of government.

Making reference to a JH Mensah Vrs Attorney General case, the Tamale South MP said the "acts done before or on the 6th of January are lawful."

The most eminent of the contract is the €18 million waste management contract signed with SCL Waste Management Limited.

Science and Technology Minister Mahama Ayariga, who signed the contract said the contract entered into with SCL is not to hinder the NPP government but rather help it in dealing with e-waste.

The NPP officials however suspect the actions are nothing more than an unnecessary imposition on a new administration.

"As a country what we need to pride ourselves is that you are assured of a peaceful, smooth transition of power from one political leadership to another, a recognition of the continuous exercise of the legitimate legal authority and mandate by the current administration and know that an Act of Parliament cannot amend the constitution.

The constitution clearly defines a four year mandate for the president and acts that are done on or before the midnight of 6th January are lawful and legitimate," he explained.

When he was reminded of the new Transition Act which demands that outgoing government and functionaries must submit handing over notes to Parliament, Administrator General one month to the election, the Labour Minister said: "handing over notes do not supersede nor oust the constitutional provision in whom the authority of the state is vested."

He said both leaders, outgoing and incoming must rather insist on deepening consultations and not to question the right of the outgoing government to take decisions.

"This country is governed by laws. We all should respect the constitution and respect the laws of Ghana," he said.

Haruna Iddrisu however added that it is only fair for functionaries of the outgoing government to the let the incoming government know some of the contract and activities they are engaging in after losing the elections.