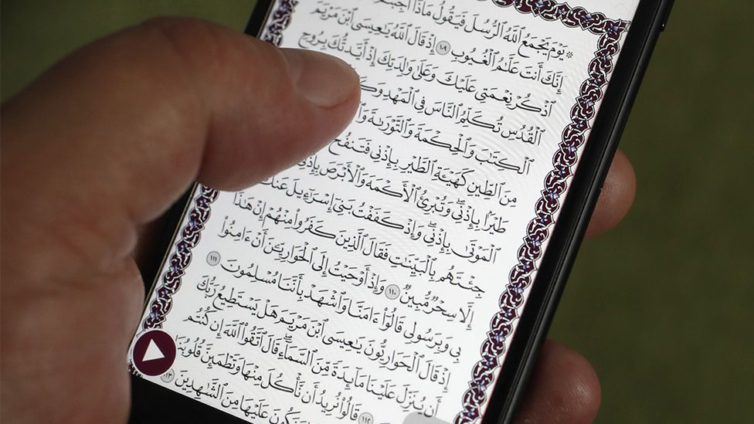 Apple has taken down one of the world’s most popular Quran apps in China, following a request from officials.

Quran Majeed is available across the world on the App Store – and has nearly 150,000 reviews. It is used by millions of Muslims.

The BBC understands that the app was removed for hosting illegal religious texts.

The Chinese government has not responded to the BBC’s request for comment.

The deletion of the app was first noticed by Apple Censorship – a website that monitors apps on Apple’s App Store globally.

In a statement from the app’s maker, PDMS, the company said: “According to Apple, our app Quran Majeed has been removed from the China App store because it includes content that requires additional documentation from Chinese authorities”.

“We are trying to get in touch with the Cyberspace Administration of China and relevant Chinese authorities to get this issue resolved”.

The company said it had close to one million users in China.

The Chinese Communist Party officially recognises Islam as a religion in the country.

However, China has been accused of human rights violations, and even genocide, against the mostly Muslim Uyghur ethnic group in Xinjiang.

Earlier this year the BBC reported that Uyghur imams had been targeted in China’s Xinjiang crackdown.

Apple declined to comment, but directed the BBC to its Human Rights Policy, which states: “We’re required to comply with local laws, and at times there are complex issues about which we may disagree with governments.”

However, it is not clear what rules the app has broken in China. Quran Majeed says it is “trusted by over 35 million Muslims globally”.

Russian authorities had threatened to fine the two companies if they refused to drop the app, which told users who could unseat ruling party candidates.

China is one of Apple’s biggest markets, and the company’s supply chain is heavily reliant on Chinese manufacturing.

Apple chief executive Tim Cook has been accused of hypocrisy from politicians in the US for speaking out about American politics, but staying quiet about China.

However, he is also accused of complying with the Chinese government over censorship – and not publicly criticising it for its treatment of Muslim minorities.

The New York Times reported earlier this year that Apple takes down apps in China if deemed off limits by the Chinese government. Topics that apps cannot discuss include Tiananmen Square, the Chinese spiritual movement Falun Gong, the Dalai Lama, and independence for Tibet and Taiwan.

Benjamin Ismail, project director at Apple Censorship, said: “Currently Apple is being turned into the censorship bureau of Beijing.

“They need to do the right thing, and then face whatever the reaction is of the Chinese government.”

Another popular religious app, Olive Tree’s Bible app, was also taken down this week in China. The company told the BBC they had removed the app themselves.

“Olive Tree Bible Software was informed during the App Store review process that we are required to provide a permit demonstrating our authorization to distribute an app with book or magazine content in mainland China,” said a spokesperson.

“Since we did not have the permit and needed to get our app update approved and out to customers, we removed our Bible app from China’s App Store.”

On Friday, The Mac Observer reported that Audible, the Amazon-owned audiobook and podcast service, removed its app from the Apple store in mainland China last month “due to permit requirements.”

On Thursday, Microsoft said it was shutting down its social network, LinkedIn, in China, saying having to comply with the Chinese state had become increasingly challenging.

The decision was made after the career-networking site faced questions for blocking the profiles of some journalists.

DISCLAIMER: The Views, Comments, Opinions, Contributions and Statements made by Readers and Contributors on this platform do not necessarily represent the views or policy of Multimedia Group Limited.
Tags:
Apple
Quran Majeed app
Shut down