Arsenal ‘togetherness and leadership’ key to draw at Chelsea – Arteta 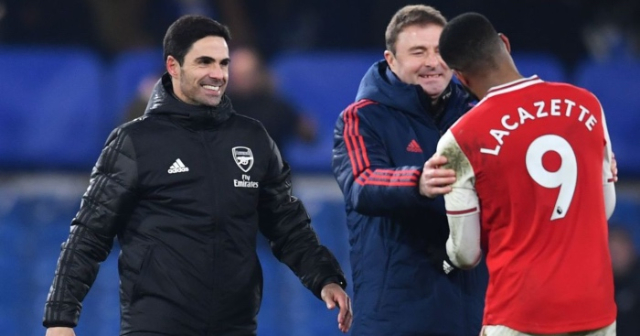 Arsenal showed the “togetherness and leadership” that Mikel Arteta is demanding as they overcame David Luiz’s red card to twice fight back and share the spoils in an eventful London derby.

Luiz was sent off against his former club for shoving Tammy Abraham in the penalty area as the Chelsea striker looked set to score following a terrible backpass by Shkodran Mustafi when the game was goalless.

Jorginho scored from the resulting spot-kick before 18-year-old Gabriel Martinelli scored a brilliant equaliser after a slip by N’Golo Kante only for Cesar Azpilicueta to restore Chelsea’s lead late on.

Yet 10-man Arsenal capped a spirited display when Hector Bellerin marked his return from injury with a dramatic equaliser from the edge of the penalty area.

“I wasn’t here a few weeks ago but what I am demanding every day they are trying their best to do it. The togetherness and leadership they showed today, this is what I wanted to see.

“We are going in the right direction but I think tonight is a special night for everybody.”

DISCLAIMER: The Views, Comments, Opinions, Contributions and Statements made by Readers and Contributors on this platform do not necessarily represent the views or policy of Multimedia Group Limited.
Tags:
Arsenal
Mikel Arteta