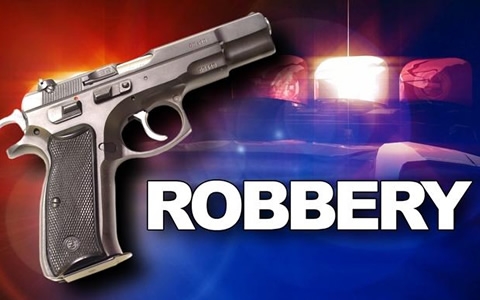 Two female armed robbers are among a group of five arrested by the Atwima Nwabiagya Municipal Police Command in the Ashanti Region.

The group includes two teenagers, one of them a 17-year-old girl identified as Agyeiwaa Kyere.

The other female robber is 23-year-old Jessica Asieduwaa.

The names of the robbers have been given as Isaac Frimpong, 26; Kofi Bio, 24; and Ayei Emmanuel, 17.

DSP Emmanuel Asiamah, police commander of the municipal made this information known when he briefed the media.

DSP Asiamah said the robbers have been known by residents to terrify the community for some time now.

He disclosed that a number of weapons were found on these persons. A locally made gun, 6 live cartridges and a smartphone were retrieved.

The police commander called for a healthy relationship between the law-abiding public and the police.