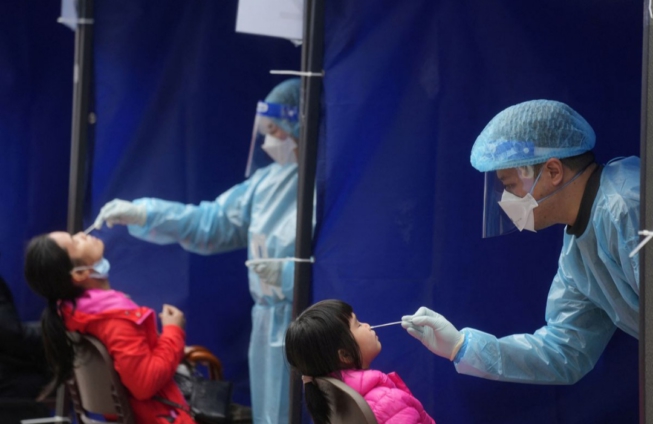 The World Bank said on Tuesday that countries in Asia may have to deal with three major economic shocks this year — the war in Ukraine, a sharp slowdown in China, and rate hikes from the US Federal Reserve.

The development bank cut its 2022 growth forecast for East Asia and the Pacific (EAP) region to 5% from 5.4%, and warned that growth could slump to 4% if conditions weaken further, trapping 6 million more people in poverty.

It also lowered China’s growth forecast, estimating that the world’s second largest economy will now grow at just 5% this year, sharply down on last year’s 8.1%.

That’s also lower than China’s official target of about 5.5%.

“Just as the EAP region was weathering the recurrent Covid-19 storms, three clouds have gathered over the economic horizon, which will mean lower economic growth and higher poverty,” the World Bank said in its latest update on the region.

Higher US rates are likely to trigger capital outflows from developing economies and put pressure on their currencies, thus inducing “premature” financial tightening and hurting growth, the World Bank said.

Meanwhile, the resurgence of Covid in China, its zero-tolerance approach to controlling the spread of the virus, and troubles in the country’s huge real estate sector could dampen regional exports.
“Specific shocks to economic activity in China, are likely also to affect EAP countries whose trade is increasingly oriented to China’s markets,” the bank said.

China is witnessing its worst spike in Covid-19 cases since the original outbreak in Wuhan in 2020, and this has led to strict lockdowns in major cities.

Authorities in Shanghai, home to the nation’s financial center and the world’s largest container port, imposed a phased lockdown on its 25 million residents last week.

The curbs have caused shops and restaurants to be closed, factories to be shut, and ports to become congested with ships.

Shocks emanating from the war in Ukraine could affect the region “most concretely” by disrupting the supply of commodities and increasing financial stress, the organization added.

“The war and sanctions are likely to increase international prices of food and fuel, hurting consumers and growth,” it said, adding that the number of poor in the Philippines, for example, could increase by 1.1 million if cereal prices rise 10% over the year.