AUDIO: Asamoah Gyan opens up about his relationship with Andre Ayew 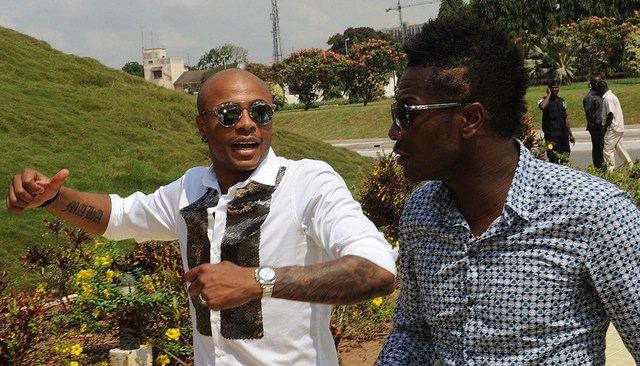 Black Stars skipper Asamoah Gyan has frowned at reports in the local media, suggesting Andre Ayew’s admiration for captaincy has sparked a bitter quarrel between the two senior players in the team.

Gyan insist he has a warm and friendly relationship with the assistant skipper of the senior national team Andre Ayew and also squash reports there is munity in the Black Stars.

But the on-loan Al Ain star has warned that the false speculations is very likely to bring a feud between the two great friends who are working hard together.

‘’I don’t have a problem with Andre. He has been my friend way back, since he joined the national team, I have been his inspiration,’’ Gyan told Joy FM

‘’Sometimes people try to bring this rivalry between two Stars in the team. We have seen this before in the olden days but I always try to keep things real, I don’t have any problem with Ayew,’’

‘’He’s a great guy, a fighter on the field and plays with his Heart.’’

‘’My advice to people is to stop putting this rivalry between two players who are good to each other. People should stop because when they do that, It brings conflict to the team which there is unity and will not help the team’’ He added.