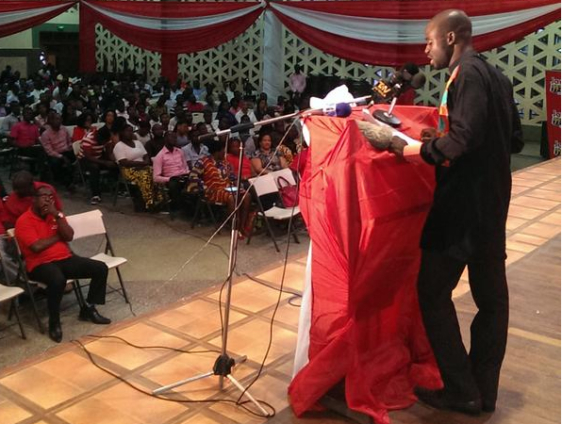 Lawyers for non-partisan civil society group, Occupy Ghana have received communication from the Auditor General (AG) on the prosecution of public officers alleged to have misappropriated public funds.

Details of the document, however, are said to be confidential.

A leading member of the group, Ace Ankomah at a recent forum to discuss corruption in the country, issued a 30-day ultimatum to the Auditor-General to retrieve the monies illegally paid to certain individuals failure or face them in court.

But a member of the group, George Andah told Joy News’ Hannah Odame, who was at a news conference by the group said they will carefully examine the document and make an appropriate response in the coming days.

He assured that contents of the letter when ready, will be made available to the general public.

The group has also issued a five-day ultimatum to the government to reduce fuel prices.

Mr. Adnah said all though the group understands government’s decision to maintain fuel prices as they are, they do not agree with it.

In a statement copied to Joy News, the group said “we believe that the National Petroleum Authority (NPA) and the Ministry of Finance are short changing Ghanaians on petroleum prices. We are a nation of laws and on utility prices we are guided by the automatic adjustment formula.

“The excuse by the NPA that the GHÈ»1.5 billion owed the Bulk Oil Distribution Companies (BDCs) should be mainly solved by staying [the price] is wrong. It is even egregious for the Finance Ministry to suggest the forex and subsidy arrears be solved through taxation”, it continued.

The group is responsible for the July 1 Republic Day Occupy Flagstaff House demonstration which saw 300 people charging to the Flagstaff House in an unprecedented march with a common theme summed up on a placard as “the King is naked”.