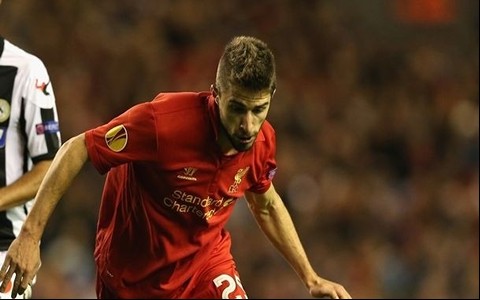 They began the season with a shortage of strikers and now Liverpool have lost their big summer signing in that spot for three months.

While playing for the Italian Under 21s last week, Liverpool new boy Fabio Borini injured his foot and Reds fans would have feared the worst. The Italian hasn’t exactly set Anfield alight so far but he, along with Luis Suarez, is the only real forward in Brendan Rodgers’ squad.

“Liverpool have confirmed Fabio Borini is to undergo an operation on a fractured bone in his foot,” said a statement from Liverpool.

“The forward originally sustained an injury to the area during the recent Anfield clash with Manchester United.

“He then further aggravated the problem resulting in a fracture and returned from international duty with Italy last week.

“Borini was assessed by the club’s medical team upon his return to Melwood and a decision was made for the 21-year-old to have surgery.

“Typically, an injury of this nature requires a three-month rehabilitation period.”