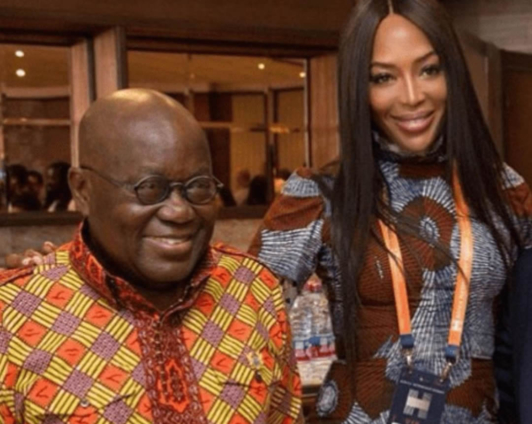 Taking to Instagram, Mr Kodjoe shared an artwork of Nana Akufo-Addo made by the ruling NPP.

Naomi Campbell also shared pictures she had taken with Nana Akufo-Addo when she travelled to Ghana with some celebrities for the Year of Return festivities in 2019.

“Congratulations to the President Elect @nakufoaddo on your second term being re elected. Godbless Ghana 🇬🇭 ♥️ #NAOMIAFRICA,” she captioned her post.

However, the oppostion party NDC says it will not accept the results of the presidential election.

Addressing a press conference, a leading member of the party, Haruna Iddrisu, said the NDC has “overwhelming” evidence that proves that the party’s candidate, John Dramani Mahama won the election.

“We have come to only one irresistible conclusion, that it is a flawed discredited election and therefore we reject the presidential result without any reservation,” he said on Monday.