Three airlines have been named by the Aviation Minister as those currently been examined for the establishment of a national carrier.

This follows recent policy approval by parliament for the Ministry to commence work on the establishment of a national carrier since the demise of Ghana Airways in 2004.

Speaking to JoyBusiness at the launch of the aviation safety week, Madam Dapaah said her ministry is seriously a the sessing proposal to find a suitable partner for government.

Proposals to establish a new national airline follow the demise of Ghana Airways over a decade ago, and its successor, Ghana International Airlines, a few years later. 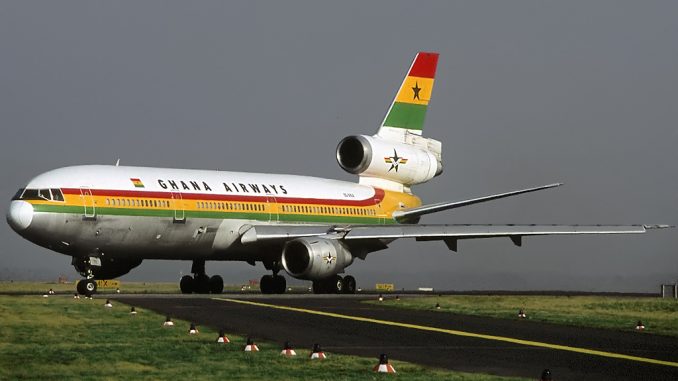 Given the average growth rate of 7 percent in the aviation sector over the past half-decade, government is seeking to establish a new flag-carrier on a public-private basis to tap into the current growth.

President Akufo-Addo at the maiden African Air Show disclosed “government has given a policy approval for the establishment of a home-based carrier with private sector participation as part of efforts to fulfil our aviation hub vision, and also to enhance connectivity.”

Various aircraft manufacturers and prominent airlines have all expressed interest in partnering Ghana in this endeavour.

West Africa, with an estimated 350 million people – of whom most are under 35, holds enormous potential for the aviation sector that can be harnessed by Ghana with the establishment of a home-based carrier.

The Aviation Minister who is hopeful the deal will soon be sealed said, "we had a lot of solicited and unsolicited proposals that we are studying so very soon, so we are reviewing all of them," she said.

She said government will make a decision at the right time about the best option for the Private Public Partnership (PPP).