Caleb Ahinakwah: Deforestation and viral outbreaks; here’s how Ghana is turning the tide 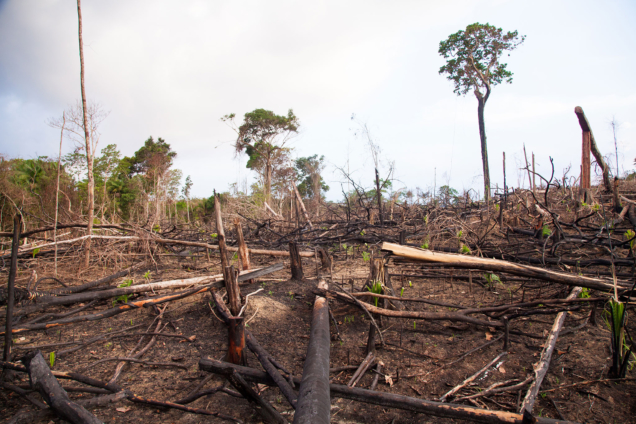 Imagine if we could go back in time to witness the first time HIV entered our species as a hunter hacked into a slaughtered chimpanzee’s flesh.

In much the same way as children in the Guinean town of Meliandou may have caught the Ebola virus in the 21st century, eating a small Angolan free-tailed bat they found while playing near a tree and unwittingly unleashing a deadly epidemic.

Roughly 1.5 million unknown viruses are thought to exist. Many viruses can infect people; and although not all of these will start the next epidemic, a good number of them might.

Predicting which other pandemics might follow after the dust settles on Covid-19 presents a conundrum, even as the coronavirus continues to claim lives and wreak havoc on business and economies across the world.

“What we can predict is that pandemics are going to happen more and more frequently. But we can’t predict when they will happen, because pandemics are chance events,” says Peter Kojo Quashie, a senior research fellow and viral enzymology expert at the West Africa Centre for Cell Biology of Infectious Pathogens(WACCBIP) on the University of Ghana campus.

Epidemiologists have linked the spread of zoonotic diseases (diseases which move from animal into human populations) to the loss of biodiversity. By preserving biodiversity and providing safe natural habitats for billions of insects and animals, trees play an important role in slowing the speed at which viruses spread.

If forest habitat is destroyed, non-human species have no choice but to move into areas settled by human beings. And yet deforestation – the systematic removal of trees – continues, jettisoning the long-term advantages of preserving trees for the sake of short-term gain.

Deforestation in Ghana is exacerbated by timber harvesting, wildfires, mining and the ever-rising demand for fuel wood. The destruction of our forest cover is not always intentional.

Some of it is the result of a mixture of accidents and environmental events over the longer term, such as wildfires and overgrazing, which stunt the growth of young trees.

According to statistics collated by Global Forest Watch, Ghana had seven million hectares of natural forest in 2010. In 2021 alone, it lost 10,700 hectares of humid primary forest, marginally down from 14,300 the previous year.

Human beings are increasing the occurrence of pandemics such as Covid-19 by reducing biodiversity as they chop down forests and develop infrastructure.

“What goes hand in hand with deforestation is urban expansion, so as you are getting close to where wild animals lived previously, it only means you will have more human-animal contact,” says Dr Quashie of WACCBIP. “There could also be the transmission of viruses from wild animals to pets that may be zoonotic.”

He argues that it is increasingly possible that we will experience epidemics of infectious diseases because of the degradation and clearing of forest habitat.

On 7th July, 2022, Ghana reported two cases of Marburg disease. The Noguchi Memorial Institute for Medical Research made the initial finding. The cases were confirmed by the results of analysis at the Institut Pasteur in Senegal, a WHO collaborating centre, in line with standard operating procedures.

It was the first such infection detected in Ghana. Both of the patients involved died of complications from the disease.

As further research was carried out, Ghana made preparations to enable quick reaction to a potential outbreak.

The highly contagious Marburg virus was first discovered in African green monkeys from Uganda, and belongs to the same family of viruses as the better-known Ebola. There were three cases in the most recent outbreak in Uganda in 2017, all of which killed the patients. A previous outbreak in 2005 in Angola resulted in over 200 infections, 90% of whom died.

As of 8 June, the Ghana Health Service had reported 12 suspected cases of monkeypox. The last confirmed outbreak of monkeypox in Ghana was in 2003. First identified in Copenhagen in 1958, monkeypox has spread from Central and West Africa to North America and other European nations, including the UK, through international travel and trafficking of pets and wild animals. To date, all outbreaks have been contained.

However, on 23 July, the World Health Organisation declared the disease a global emergency, the highest alert the WHO can issue – and one step short of labelling it a pandemic. More than 16,000 cases have been detected across 75 countries so far, the WHO director general, Tedros Adhanom Ghebreyesus, announced. Children under the age of eight are particularly susceptible to more severe forms of the disease.

Approximately 6% of the 300 people who contracted monkeypox during the Nigerian outbreak of monkeypox between 2017 and 2019 died. A further 5,000-plus people may have contracted it in the Democratic Republic of Congo.

Amid these outbreaks, it is hard to forecast when next disease will strike on a global scale, says Dr Quashie, because pandemics are unpredictable by nature.

“Because pandemics frequently start when a pathogen spreads from an animal in which it lives to a human who has never had that infection before, they can start in any place on the planet where animals and people coexist near each other.”

Benjamin Torgbor, a regional manager of the Forestry Commission, says the rate of deforestation in Ghana is declining.

Despite the decline, Torgbor notes that our forests are still in declining health.

“A degraded forest is there, but it can no longer function properly. It degenerates into a shell of what it once was, and its health deteriorates to the point where it can no longer support people and wildlife,” he says.

Deforestation is a problem but forest degradation affects much greater areas of land. The principal causes of forest degradation include climate change, which increases the risk of forest fires, pest infestations and plant disease, and also makes them more severe because of rising temperatures and unpredictable weather patterns.

But unsustainable and illegal logging seems to be the main trigger for forest degradation in Ghana.

Most people who find themselves around resources build their livelihood around them. In the case of forests, Ghana’s reserves are a source of income for many people, some of whom plunder the resources without care. But will putting a stop to such exploitative practices resolve the problem on its own?

Benjamin Torgbor of the Forestry Commission tells me that the Commission has engaged many young men whose livelihood centres on the forests to spearhead a “Youth in Afforestation” initiative.

He says the project has shifted the attention of these young men, who – otherwise – might have engaged in exploiting the forests illegally.

Beyond this, the Forestry Commission works hand in hand with private-sector institutions and NGOs to channel training in livelihood support activities such as snail rearing and crop farming.

Under the Wildlife Conservation Regulations 1971 (LI 685), the Forestry Commission enforces what it refers to as the “closed season,” which runs from 1 August to 1 December each year.

“During this period, it is illegal for anybody to hunt, capture or destroy any wild animal except grasscutter, which can be done only under a licence issued by the wildlife division of the Forestry Commission,” Torgbor explains.

In a statewide initiative to preserve our diminishing forest reserves, a big drive to plant millions of trees – “Green Ghana” – launched in June 2021. That year, five million trees were planted. This June, the exercise, which is to become an annual fixture, aimed to plant 20 million trees.

Evidently we – all of us living in Ghana – will be the solution to emerging threats of this kind. Although many of the new and most rampant viral diseases originate in wildlife, the catalyst to their spread is frequently human activity.

The probability that viruses will find new populations to infect increases with each tree uprooted from the earth, increasing contact between people and wild animals.