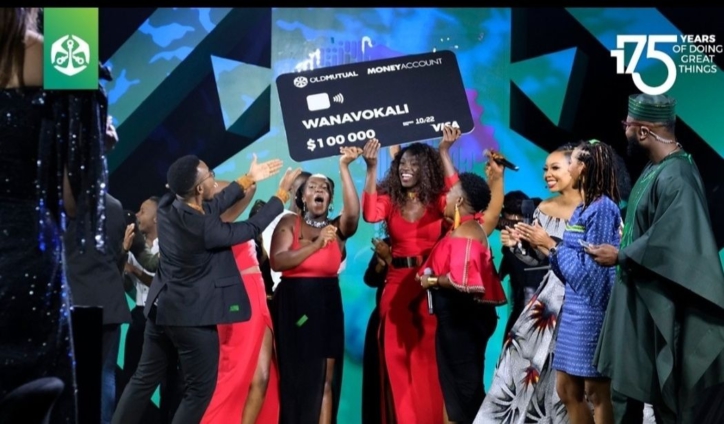 The time is now to find the best voices in Africa. Online entries to Old Mutual Amazing Voices Season 2 opened on October 28, with a grand prize of $100,000 up for grabs.

Groups of four, six and eight who sing Gospel, Pop or RnB are encouraged to enter the competition and submit a two-minute audition video on http://www.oldmutual.co.za/amazing-voices before 26 November 2020.

Entrants will have their video submissions reviewed by a team of experienced and in-country talent selectors.

The groups selected to go forward to the next round in the competition will be invited to attend closed auditions in the capital cities of the participating countries during November and December.

Two groups from each country will then be given the opportunity to represent their nation at the elimination phase held in South Africa.

Leading to the exciting finale, the elimination process will result in just three groups fighting it out in the ultimate “sing off”.

The public is encouraged to vote for their favourite group to give them a chance to win the grand prize and title of Season 2 Old Mutual Amazing Voices winners.

“We love the fact that this sponsorship discovers and develops young people with great talent. Old Mutual has been championing mutually positive futures for 175 years and we are grateful that we can enable them to achieve and share their exceptional best. It’s a great privilege.

“There is no greater time than now to focus on what really matters, your passion,” says Rita Boateng, Head of Marketing and Operations, Old Mutual, Ghana.

All the talent, drama and suspense will be captured in a television series that will be aired across various DStv channels from March 2021.

Based on feedback from the 2019 finalists, the next crop of talented contenders are in for a life-changing experience.

Since returning to Kenya, Wanavokali have been working hard on their debut album. They are excited about the doors and opportunities that have opened for them.

“We are busy recording demos for the new album and focused on getting the album out into the world early next year!” says Ythera Chege, group leader of Wanavokali, winners of the first season of Old Mutual Amazing Voices.

Apart from being a musical growth experience, she says Amazing Voices taught them some great life skills, including how to manage their finances responsibly in the challenging music business.

“The financial education we received from Old Mutual at the AMPD Studios in Johannesburg really helped us to manage our winnings wisely and instilled in us the essential habits of saving and planning,” explains Chege.

Cecil Sunkwa-Mills, Managing Director, DStv Ghana added, “After a successful first season of Old Mutual Amazing Voices on AfricaMzansi Magic here in South Africa, we are delighted to bring to our viewers another relevant, aspirational and entertaining season of the show.

“This exciting Pan-African singing competition not only builds ties across the continent but also gives our talented musical groups an opportunity to showcase their skills to a wide audience, receive mentorship from some of the best artists on the continent and of course stand a chance to win $100,000,” she says.