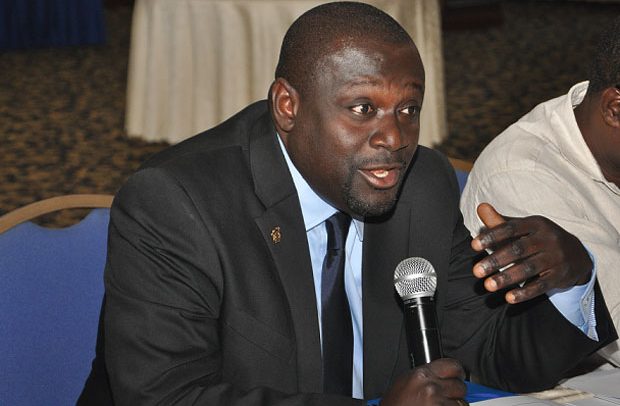 Chairman of the Finance Committee of Parliament, Dr Mark Assibey-Yeboah has said calls on the Minister to account for the monies approved by Parliament to fight Covid-19 pandemic during the mid-year budget review are wrong.

He explained that all the country’s expenditures at the end of each year, are submitted to the Auditor General to audit, after which he submits the accounts back to the House.

Dr Assibey-Yeboah gave the opinion at the Parliament House, Accra, ahead of the presentation of the mid-year budget review to Parliament by the Finance Minister on Thursday, July 23, 2020.

Dr Assibey-Yeboah asked: “How can the Minister who have been given money come to the House to say, I am accounting for this… it is for the Auditor General to vet the accounts and submit a report to the House?”

Dr Assibey-Yeboah also explained that the Minister was expected to appraise the legislature on how the Government of Ghana intended to realign government expenditure, the public debt stock, the financing and revising of the projected GDP of 6.8 percent growth and exchange rate depreciation, which he said would be difficult to achieve because of the pandemic.

In the mid-year budget review, the Minister of Finance is expected to appraise Parliament on the macro-economic figures of the country for the first six months as well as an update on the full year 2019 numbers including the revenue and expenditure of the Government.

The mid-year review spells out what is required of the Finance Minister to do under section 28 of the Public Financial Management (PFM), Act.

Dr Assibey-Yeboah also indicated that the Minister was likely to inform the House about the shortfalls in revenue in addition to the GH9.5 billion gap in the budge as well as projections for the end of year December.

He revealed that the government had used GH¢ 20 billion for the banking sector cleanup, which he recognized would add to the government’s debt stock but not part of the country’s deficit.

Mr Ras Mubarak, Member of Parliament (MP) for Kumbungu in his reaction described as outrageous a comment by Dr Assibey-Yeboah that the country has run a deficit budget all these years and was not expecting it to go away anytime soon.

Mr Mubarak said when the Finance Minister came for the COVID-19 fund as part of the conditions to allow him to take the money from the Contingency Fund, it was for him to report back to the Parliament how he intended to pay that money.

He said they expected that “even if he comes back to tell Parliament that the gap has increased, what has been given him how does he anticipate to spend that”.

DISCLAIMER: The Views, Comments, Opinions, Contributions and Statements made by Readers and Contributors on this platform do not necessarily represent the views or policy of Multimedia Group Limited.
Tags:
Covid-19 expenditure