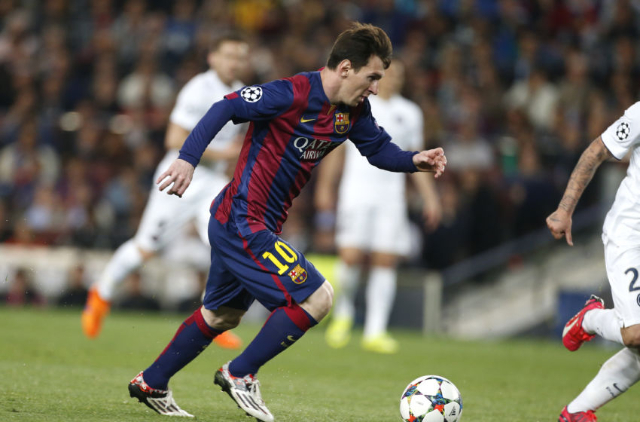 Paris Saint-Germain and Barcelona meet for a third knockout contest in five seasons, with the French club looking to come out on top this time after defeat in the previous two.

The sides faced each other four times in 2014-15. In the group stage, Paris recorded a memorable 3-2 home victory with goals from David Luiz, Marco Verratti and Blaise Matuidi; Lionel Messi and Neymar found the net for Barcelona.

When the teams met again on matchday six, the Catalan club secured top spot in group F with a 3-1 home win, recovering from Zlatan Ibrahimovic's opener thanks to Messi, Neymar and Luis Suárez.

The sides were drawn together again in the quarterfinals when a 3-1 triumph at the Parc des Princes set up Barcelona's aggregate success. A goal from Neymar and two from Suárez did the damage; a Jérémy Mathieu own goal was all PSG managed.

In Spain, two Neymar goals inside the first 34 minutes made sure of the win for Barça.

The 1994-95 quarterfinal went Paris's way, 3-2 on aggregate. A 1-1 draw in Spain was followed by a 2-1 home victory at the Parc des Princes, Raí and Vincent Guérin scoring in the last 18 minutes.

Barça have won the last three fixtures between the clubs; before that they had triumphed in just one of six games, with three drawn. That success came in the 1997 Uefa Cup Winners' Cup final, with Ronaldo getting the only goal in Rotterdam. Luis Enrique played for Barcelona.

The French champions have lost in the quarterfinals for the last four seasons. Last year Manchester City edged them out, a 2-2 draw in Paris setting the Premier League side up for a 3-2 aggregate success.

The defeat by Barcelona in 2014-15 was only Paris's second in 13 matches against Spanish visitors. Their previous loss was 3-1 against RC Deportivo La Coruña in the 2000-01 second group stage.

That Barça reverse was also their sole defeat in a run of 42 European home games since crashing 4-2 to Hapoel Tel-Aviv FC in the 2006-07 Uefa Cup group stage (W26 D15). They picked up five points at home in this season's group stage (W1 D2).

Paris's home record against Spanish visitors reads W6 D5 L2; overall it is W10 D7 L9. They are without a win in the last five such encounters, home and away. 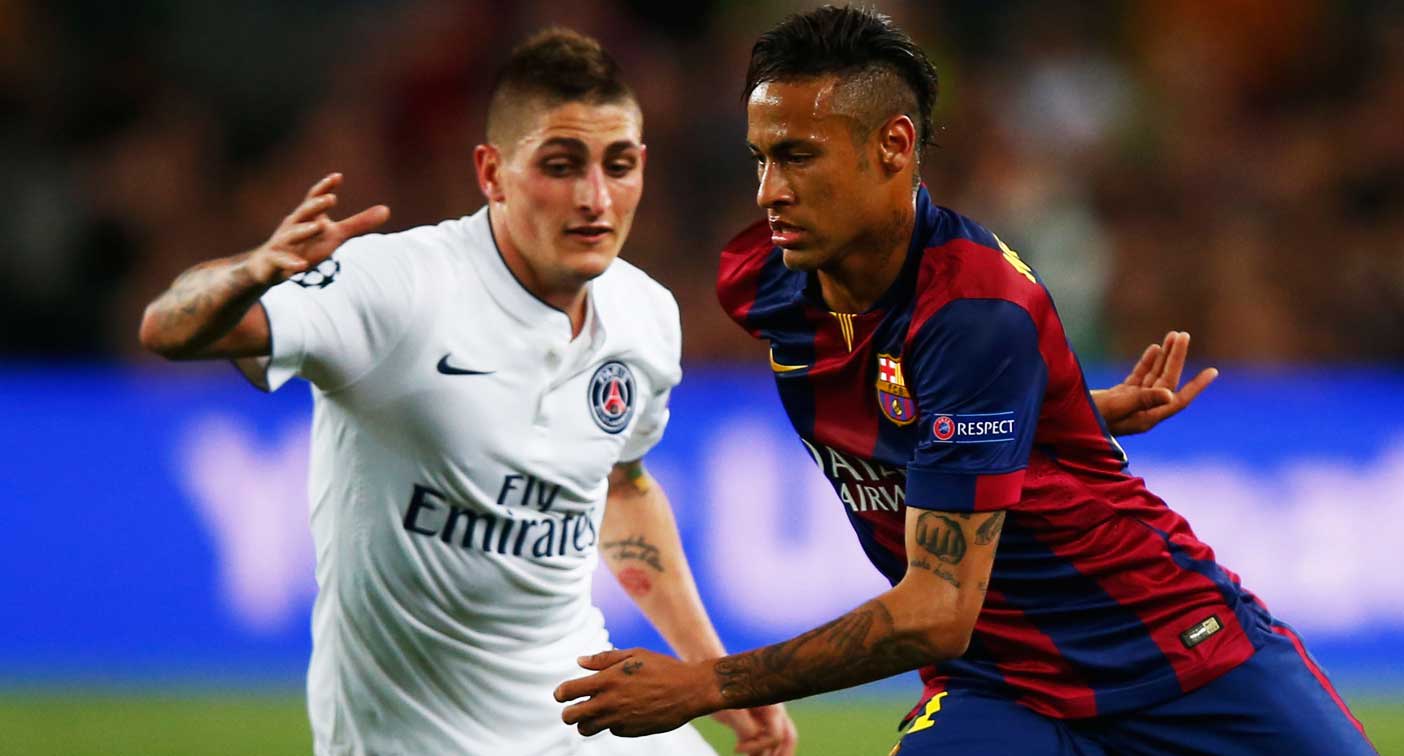 The Blaugrana's record away to French sides is W4 D3 L3; overall it is W12 D5 L4. They have won two matches and drawn three on their last six visits to France.

Luis Enrique's team clinched their 13th successive participation in the Champions League knockout phase by finishing top of group C with a six-point advantage over Manchester City. They have reached the knockouts on their last 15 attempts in the competition.

Barcelona are aiming to reach the quarter-finals for a record tenth consecutive season. Last term they bowed out at that stage when they lost to Club Atlético de Madrid (2-1 h, 0-2 a). In the round of 16 they had beaten Arsenal FC 5-1 on aggregate (2-0 a, 3-1 h).

As coach of UD Almería, Valencia CF and Sevilla FC, Unai Emery faced Barcelona 23 times in all competitions, losing 16, drawing six and winning only once: 2-1 with Sevilla in last season's Liga.

Thiago Motta came through the Barcelona academy and made 96 Liga outings, scoring six goals. He claimed two Spanish titles and was an unused substitute for their 2006 Champions League final win against Arsenal. Neymar, playing alongside Thiago Silva, scored in Brazil's 3-1 victory over Matuidi's France in a 2015 friendly.

Alphonse Areola spent last season on loan at Villarreal and played in a 3-0 reverse to Barca in which Neymar struck twice and Suárez once.

Julian Draxler played against Marc-Andre ter Stegen six times for FC Schalke 04 in the Bundesliga (W2 D1 L3). He scored past his compatriot twice in the league and again in Schalke's 3-1 German Cup defeat on 21 December 2011.

Marquinhos is a booking away from a suspension; Thiago Motta serves a one-match ban.

Paris have won 11 of their 14 games in all competitions, drawing two of them, since matchday six.

Holders Paris will take on AS Monaco FC in the French League Cup final on 1 April.

Emery's team have also made progress in the French Cup in 2017, defeating SC Bastia (7-0) and Stade Rennais FC (4-0). Paris will visit Ligue 2 side Chamois Niortais FC in the round of 16 on 1 March.

Cavani moved above Pauleta into second place behind Zlatan Ibrahimovic (156 goals) on Paris's all-time top scorers' list when he registered his 110th goal for the club, from the spot, in the 1-1 draw against Monaco on 29 January. He now has 114 goals.

Draxler has scored four goals since joining Paris from VfL Wolfsburg on 3 January.

Barcelona have lost just one of their last 22 matches in all competitions.

Barça reached the final of the Copa del Rey, where they will play CD Alavés, for the fourth successive season by defeating Atlético 3-2 on aggregate in the last four.

Suárez was on target against Atlético in the second leg of their Copa del Rey tie on 7 February but will miss the final along with Sergi Roberto after being sent off.

When Suárez scores, Barcelona do not lose. The Uruguayan international has found the net in 70 matches out of the 128 he has featured in for the Blaugrana with a record of 65 wins and five draws.

Aleix Vidal suffered a dislocated ankle during the 6-0 defeat of Deportivo Alavés on Saturday which has ruled him out for the rest of the season.

Mascherano injured his left hamstring in the second leg against Atlético and is expected to be out until the end of February.

Rafinha is doubtful after breaking his nose versus Athletic Club on 4 February.