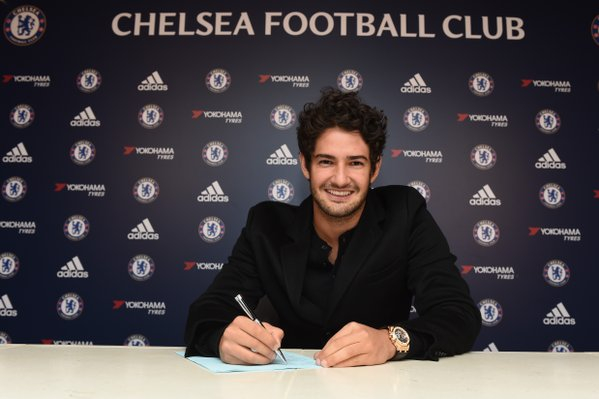 Pato, 26, joins on loan from Corinthians until the end of the season.

“I am so happy to sign for Chelsea. It is a dream for me. I am looking forward to meeting and getting to know my new team-mates and cannot wait to play,” Pato told the club’s official website.

“I thank Chelsea for their support and hope I can repay this faith to the club and its fans.”

Pato, capped 27 times by Brazil, moved to AC Milan as a precocious 17-year-old in 2007 before returning to his native Brazil in 2013 with Corinthians.

The Brazil striker has spent the last two seasons on loan at Sao Paulo, where he has scored 19 goals in 59 league games.

Pato's arrival at the west London club could hasten the departure of Loic Remy with a number of Premier League clubs – including Leicester, Crystal Palace and Newcastle United – said to interested in the France international.