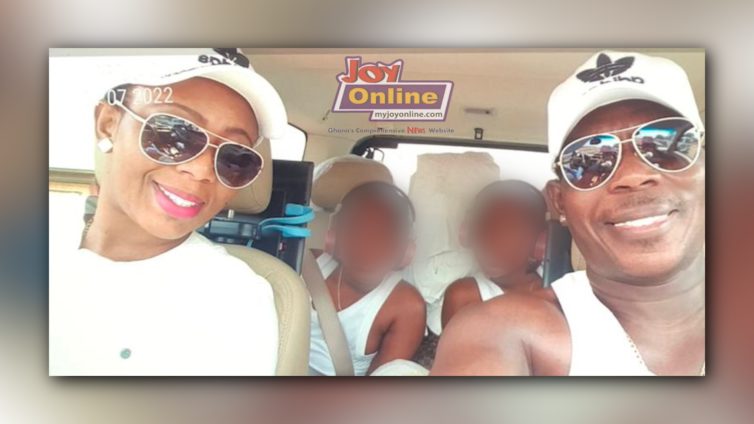 The Jacksons in happy mood

Two children of a couple who died in mysterious circumstances at Atwima Maakro are receiving therapeutic treatment from psychologists, who have pleaded with the public to give them time to recuperate.

Clinical psychologists have diagnosed the youngsters, aged 11 and 13, to be exhibiting marked symptoms of post-traumatic stress disorder.

The boys are expected to provide some information to the Police regarding the cause of their parents’ deaths, but they will need time to heal.

Members of the Psychological Association of Ghana have spent days providing psycho-social support to the traumatized children who were locked up with the decomposing bodies of their parents in the family’s apartment.

The two boys were rescued by the Abuakwa Police in an unconscious state.

Police say the two boys could provide vital details to help in solving the mystery behind their parents’ death.

An 8-member team from the Psychological Association of Ghana and another from the police have since been complementing the efforts of the medical team at the Abuakwa Polyclinic.

They have been providing psychotherapy care to the boys as well as their extended families.

Dr. Mensah Manye is the Medical Superintendent of Abuakwa Polyclinic.

I will finish mine trusting in the Lord by next week.

“All the work now are theirs. So, I can’t even quantify [their work] it. It’s limitless and I’m grateful for their prompt response.”

But the psychologists say the boys have a long way to recovery as they suffer from post-traumatic stress disorder.

Daniel Fordjuor is a Clinical Psychologist and leader of the team.

“We’ve assessed them; we’ve seen some symptoms of PTS (Post-traumatic stress disorder) but like I said, it has to be gradual. It has to take time. It has to go as slow as possible and by so doing, I think we can get them back on their feet.”

“Anybody that goes through this normally will have marked symptoms of post-traumatic stress disorder.

It is basically marked by a prolonged apprehension of a very threatening event that an individual might have gone through.

The person will still exhibit this prolonged anxiety and it actually goes on to affect their physical wellbeing,” he added.

The death of Mr and Mrs Jackson, a well-to-do couple believed to have died in their locked apartment for several weeks, has left many Ghanaians asking the cause of their death.

Many had hoped the recovery of the couple’s children could help give some clues to the police on the death.

But Mr. Fordjuor wants Ghanaians to give the children some space to recover as psychologists work around the clock.

“Our work, kind of, is putting the family in a state where they can collaborate with the police in helping police uncover what has happened and because of that, it is very difficult if the public is in such apprehension to know what happened. I think we should give police that space to operate and do their investigations and know what happened,” Mr. Fordjuor said.

He continued: “For our part, we want to secure the psychological well-being of everybody that is involved.

But the police will have to uncover exactly what happened and what might have caused it. I will say to the public that all of us should be patient enough to wait for the police to put everything together.”

Meanwhile, an autopsy on the bodies of the deceased is expected this week.